Pineapple, topped off with cheese

Friends, Pete and Barbara, lent us this treasured heirloom. They didn't admit to ever having cooked from it. I'm not sure if it was more difficult making these snacks look edible or actually eating them!!!  Anne.

101 Ways to eat it with Coon Cheese, prepared by the Home Economists from the Kraft Kitchens, Kraft Foods Limited 1980 Melbourne 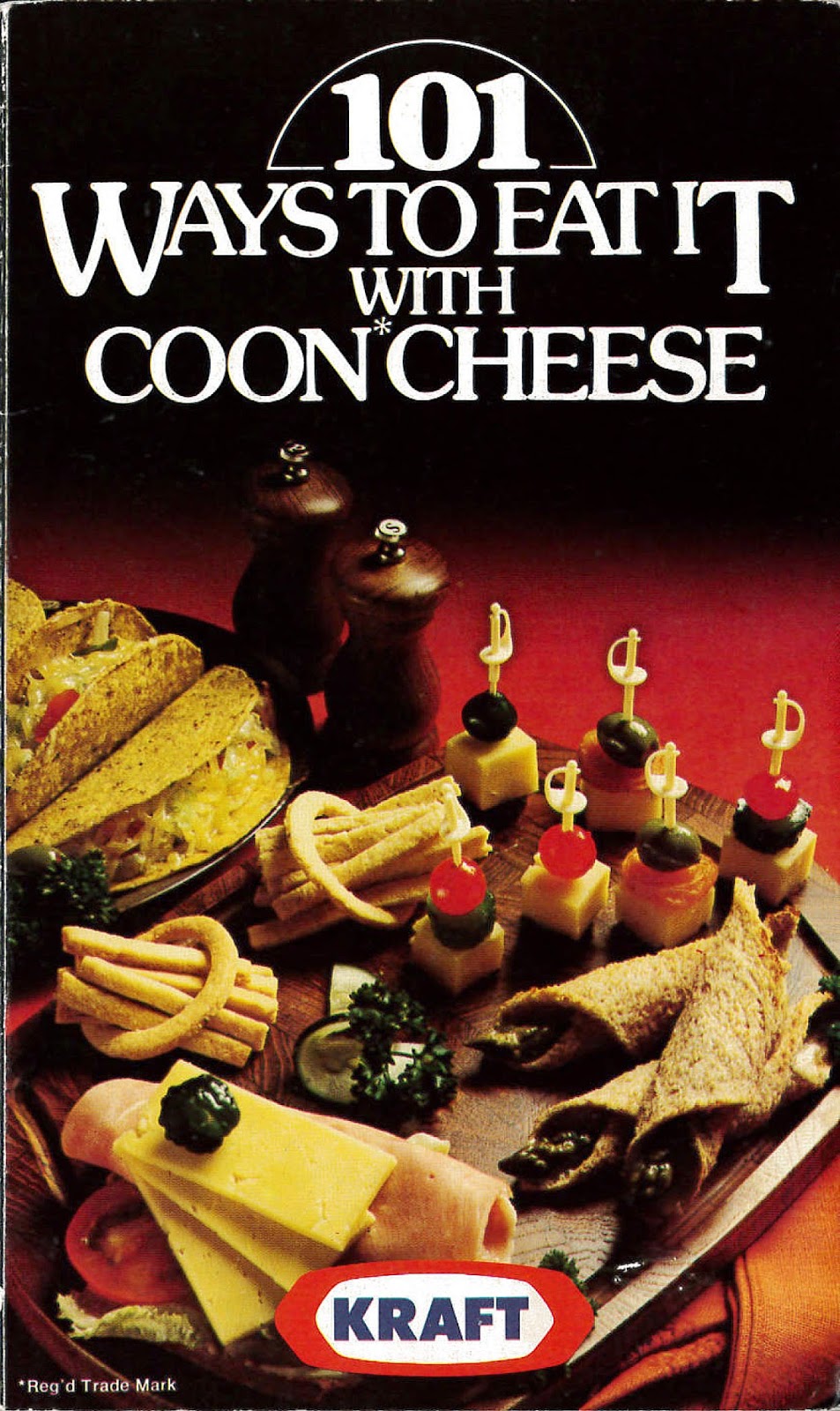 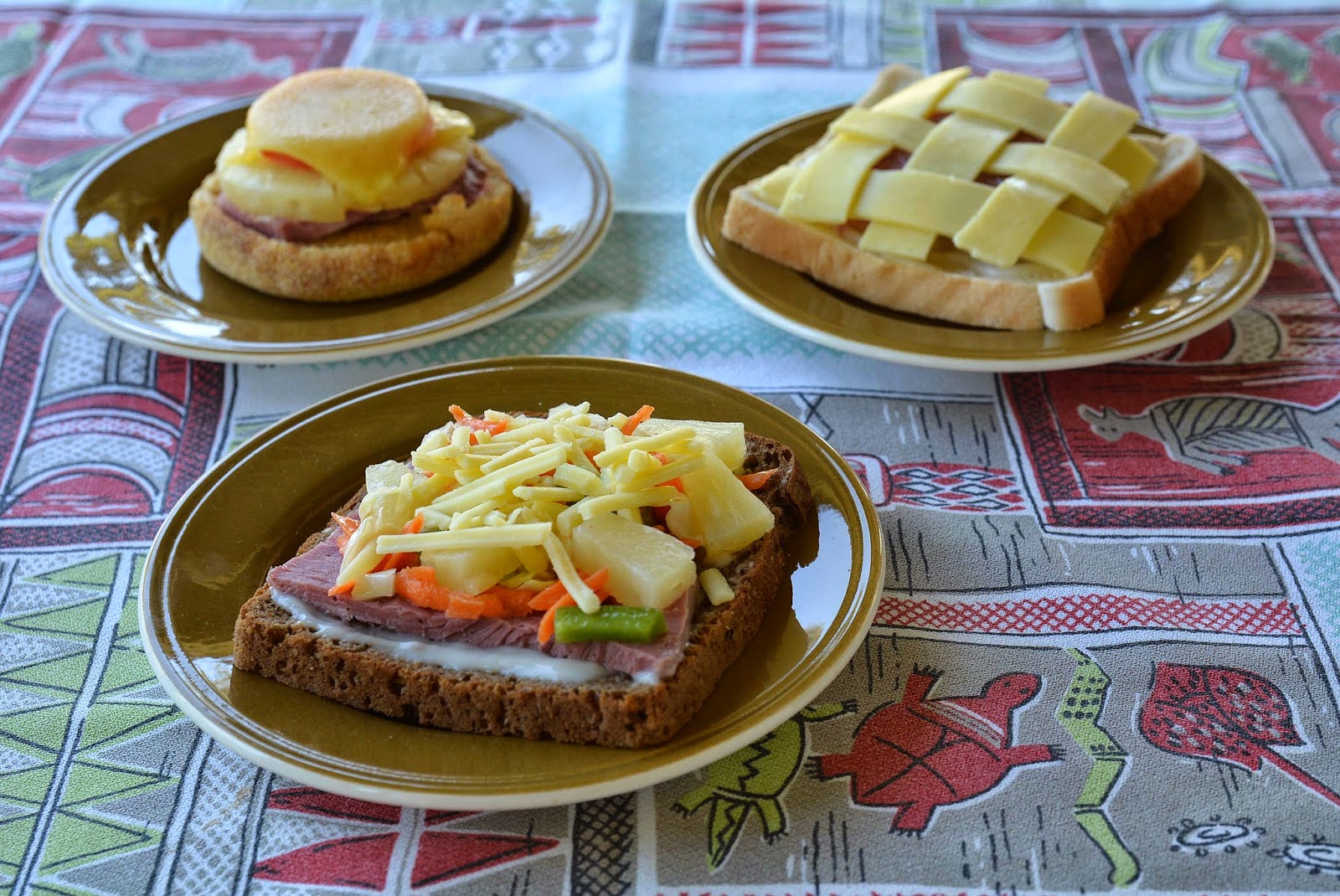 Hawaiian Hottie
Split an English muffin in half. Toast lightly then spread each half with butter, Spread with tomato paste. Top each half with a slice of cold meat, a pineapple ring and a red pepper ring. Season with salt and pepper. Top with slices of COON Cheese, Place in a moderate oven, cook for 5 minutes or until topping is hot and Cheese begins to melt. Makes 1 serving.
Pineapple and Cheese Delight
Slices of bread spread with MIRACLE WHIP salad dressing, topped with drained pineapple slices, sliced cold meat and COON Cheese.
Tropical Rye
Rye bread spread with MIRACLE WHIP Salad Dressing, topped with sliced cold meat, prepared coleslaw, drained pineapple pieces and finely grated COON Cheese.
Posted by Anne and Ann at 19:44 No comments:

Thanks to wonderful family and friends I seemed to have started a spoon collection! Colleen brought this very pretty, detailed one back from England during the year. 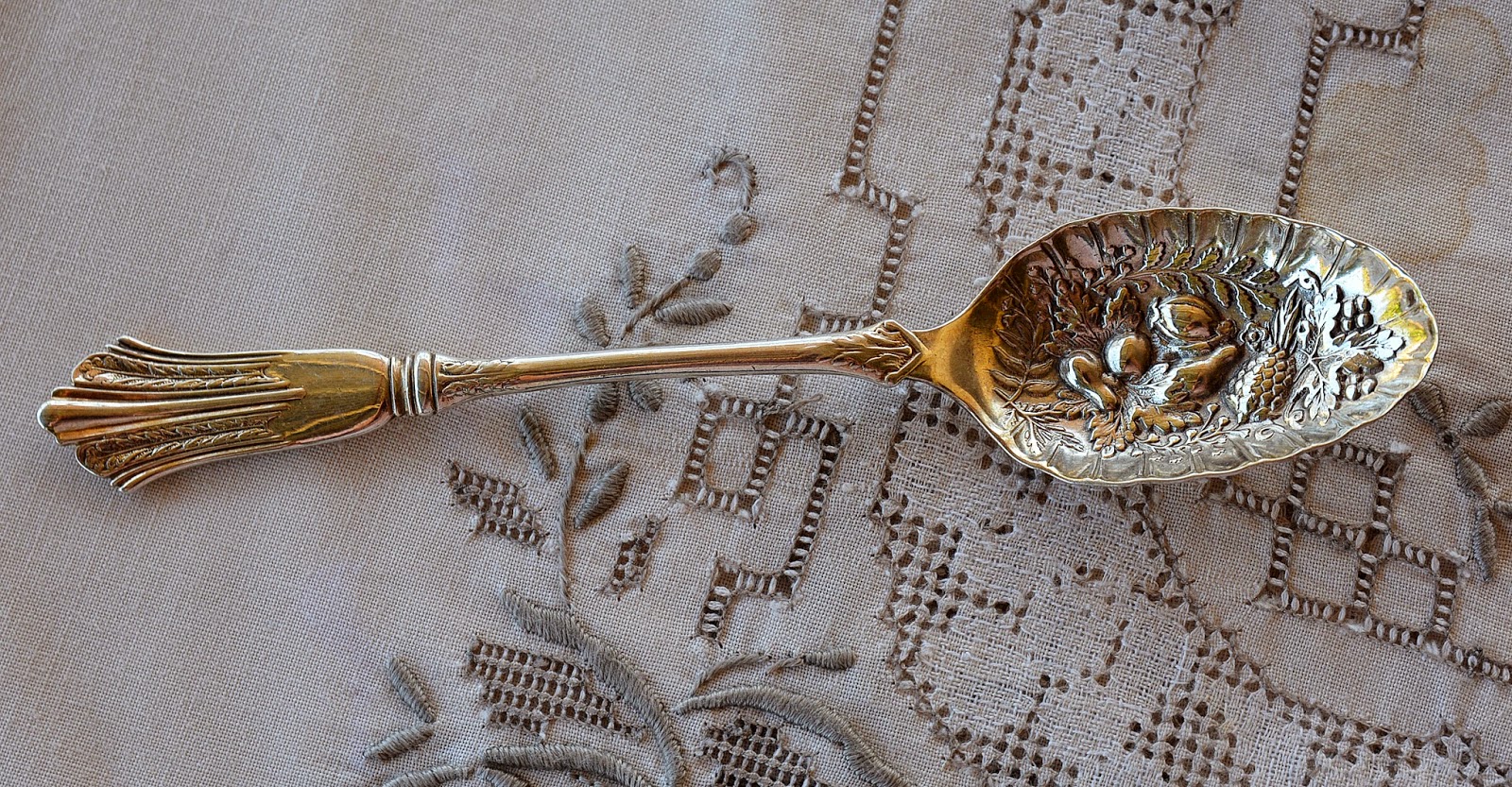 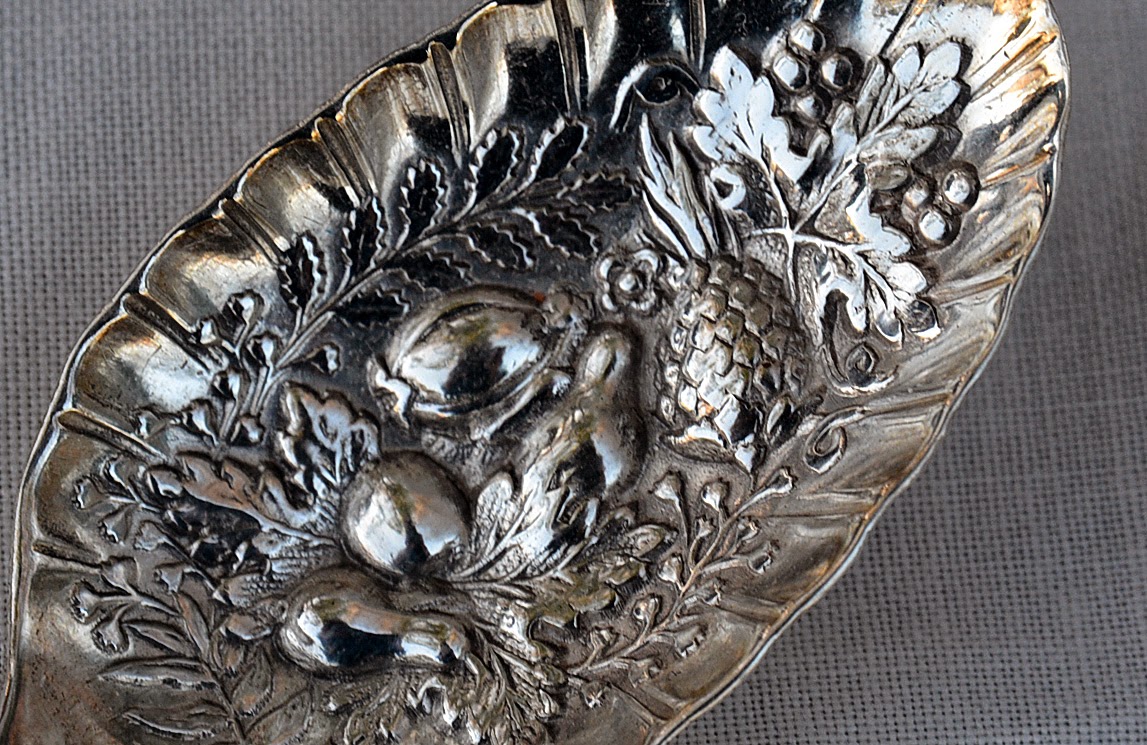 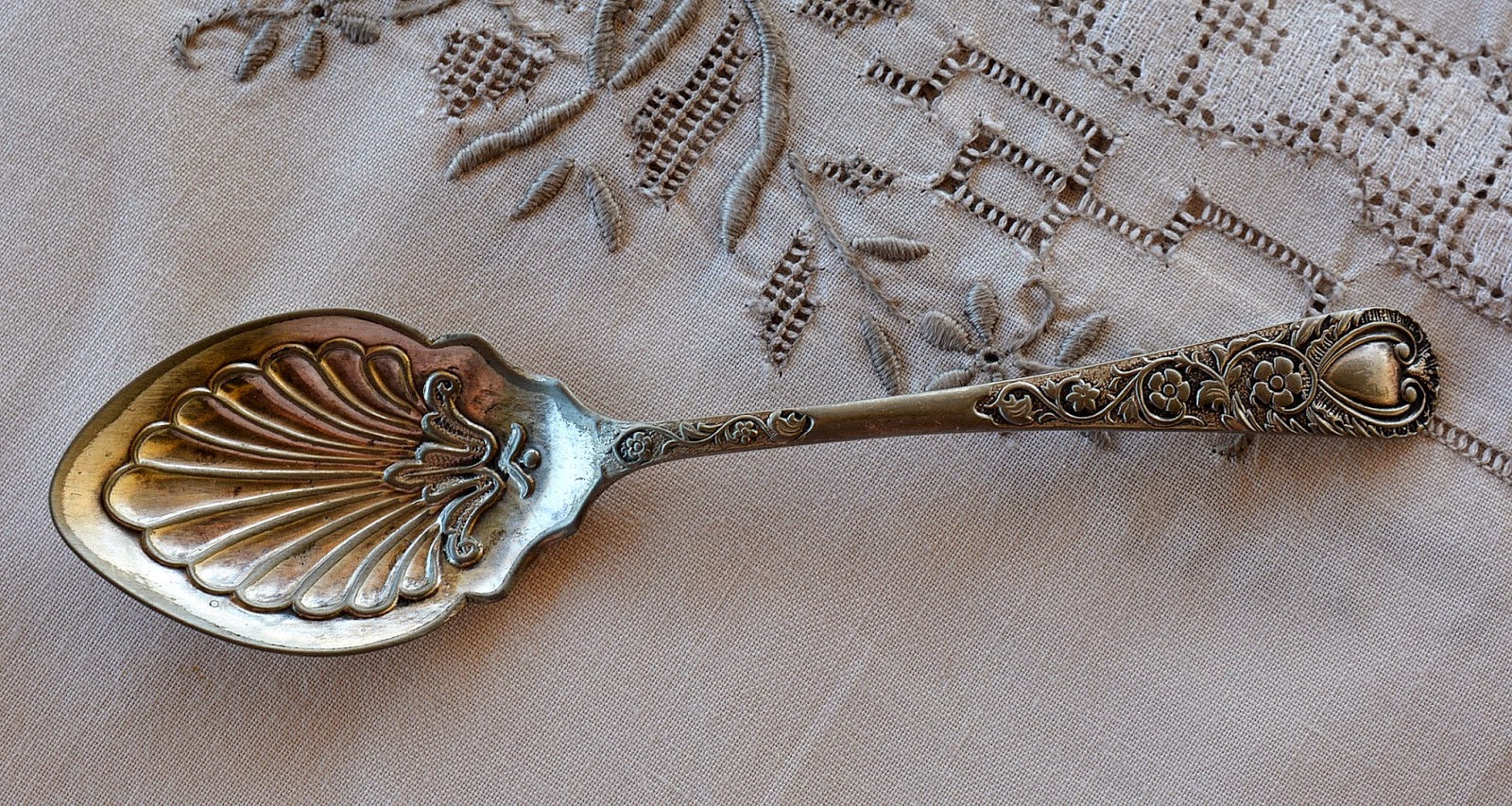 My friend Sal gave me this lovely one many years ago. 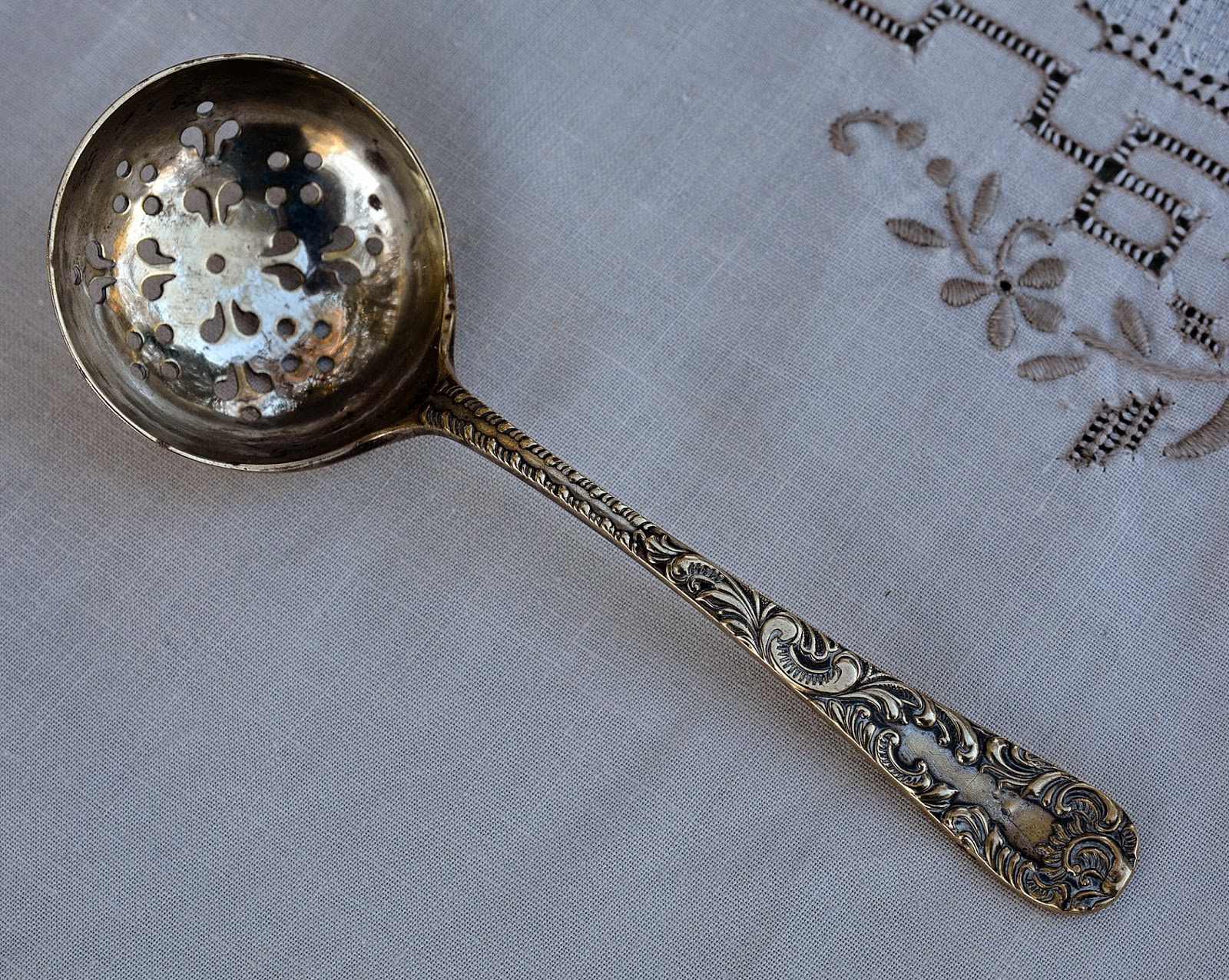 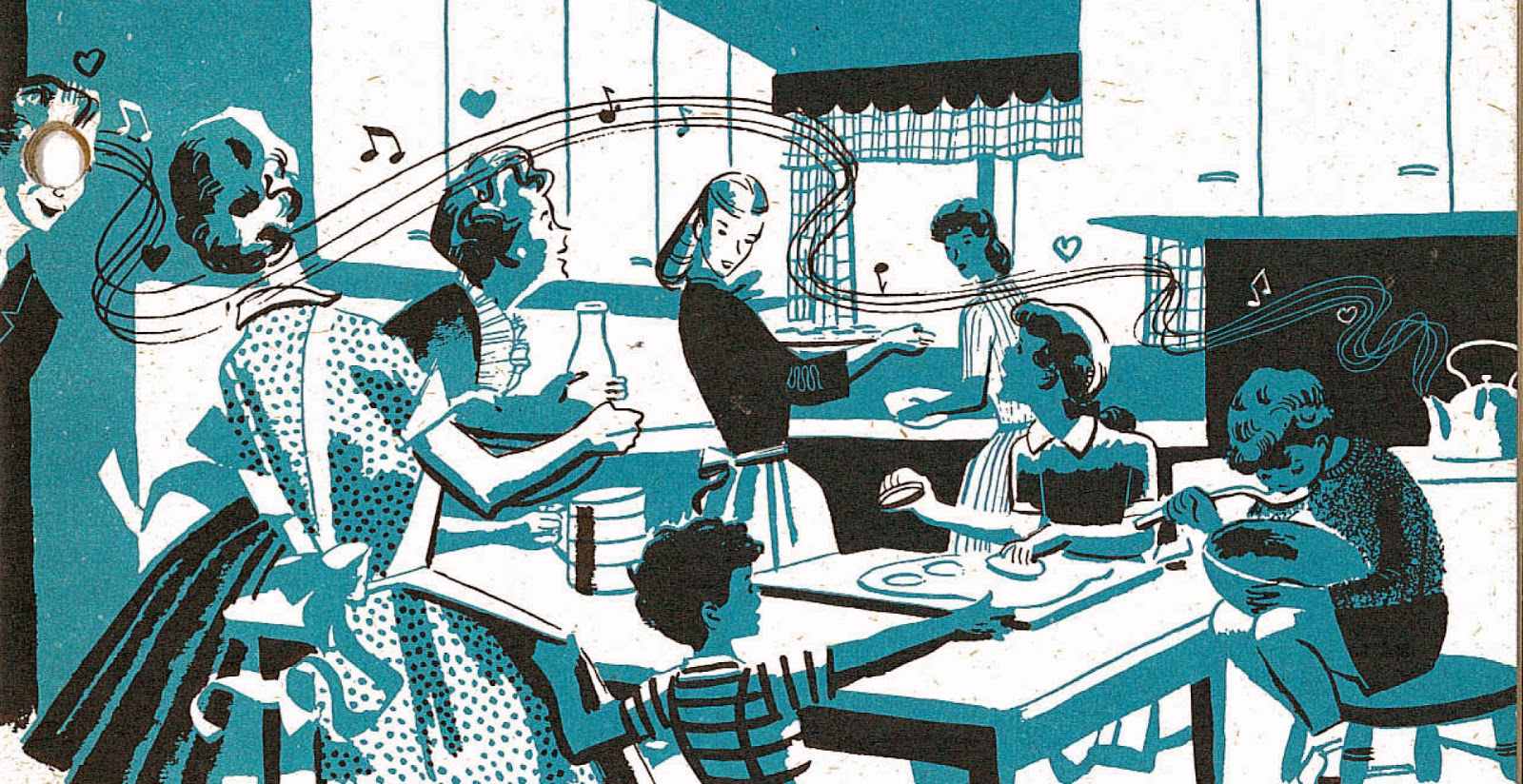 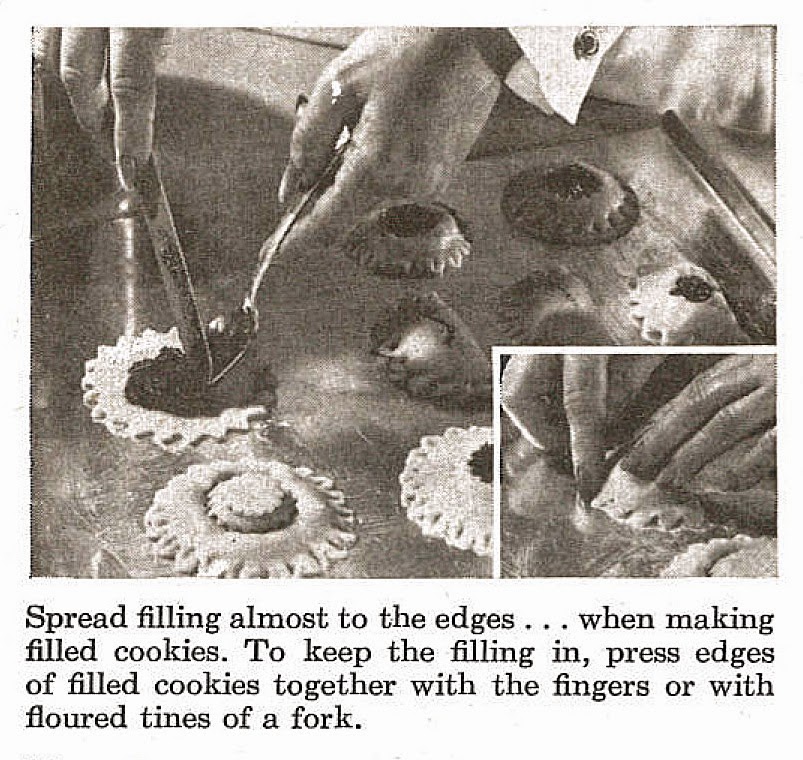 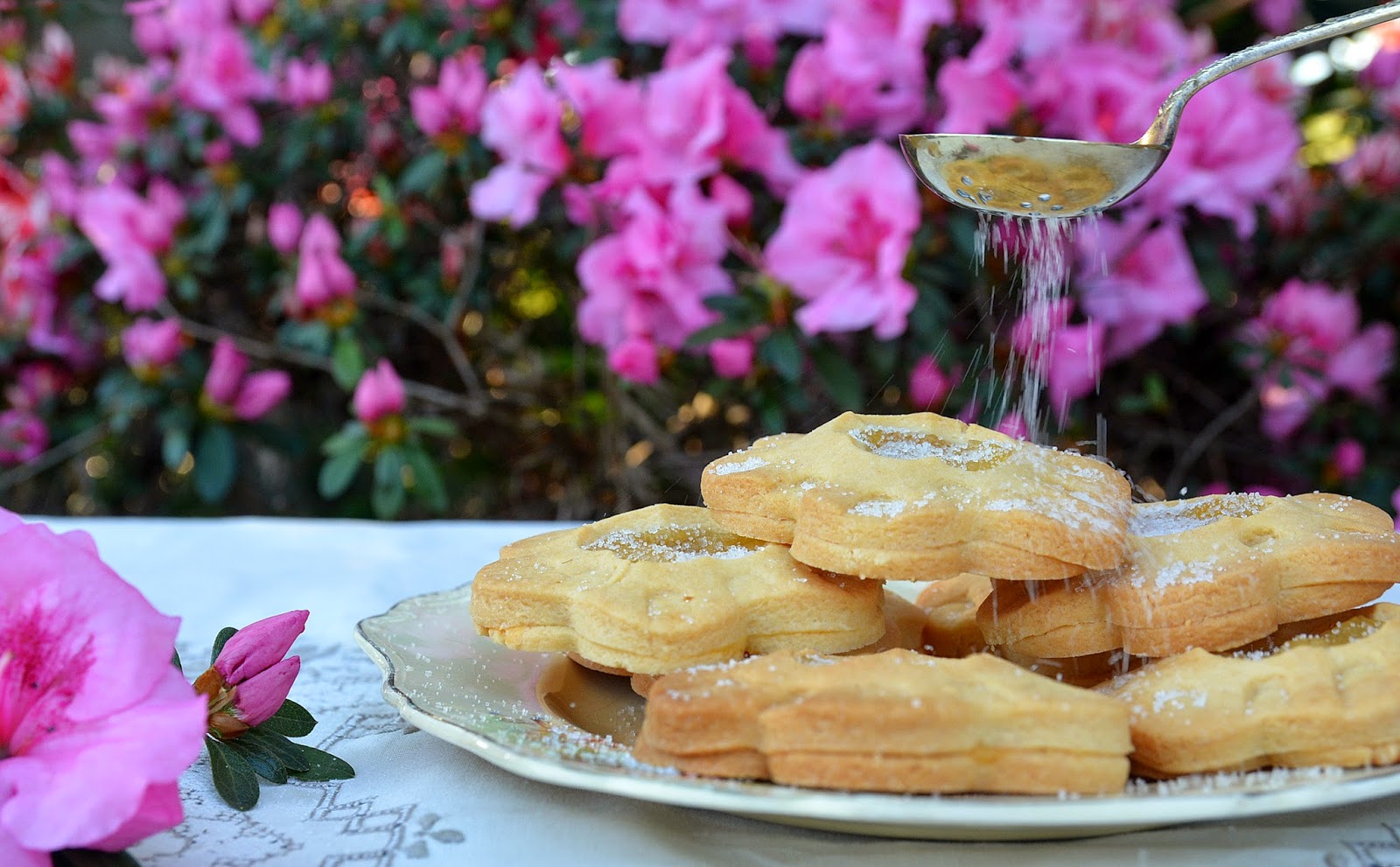 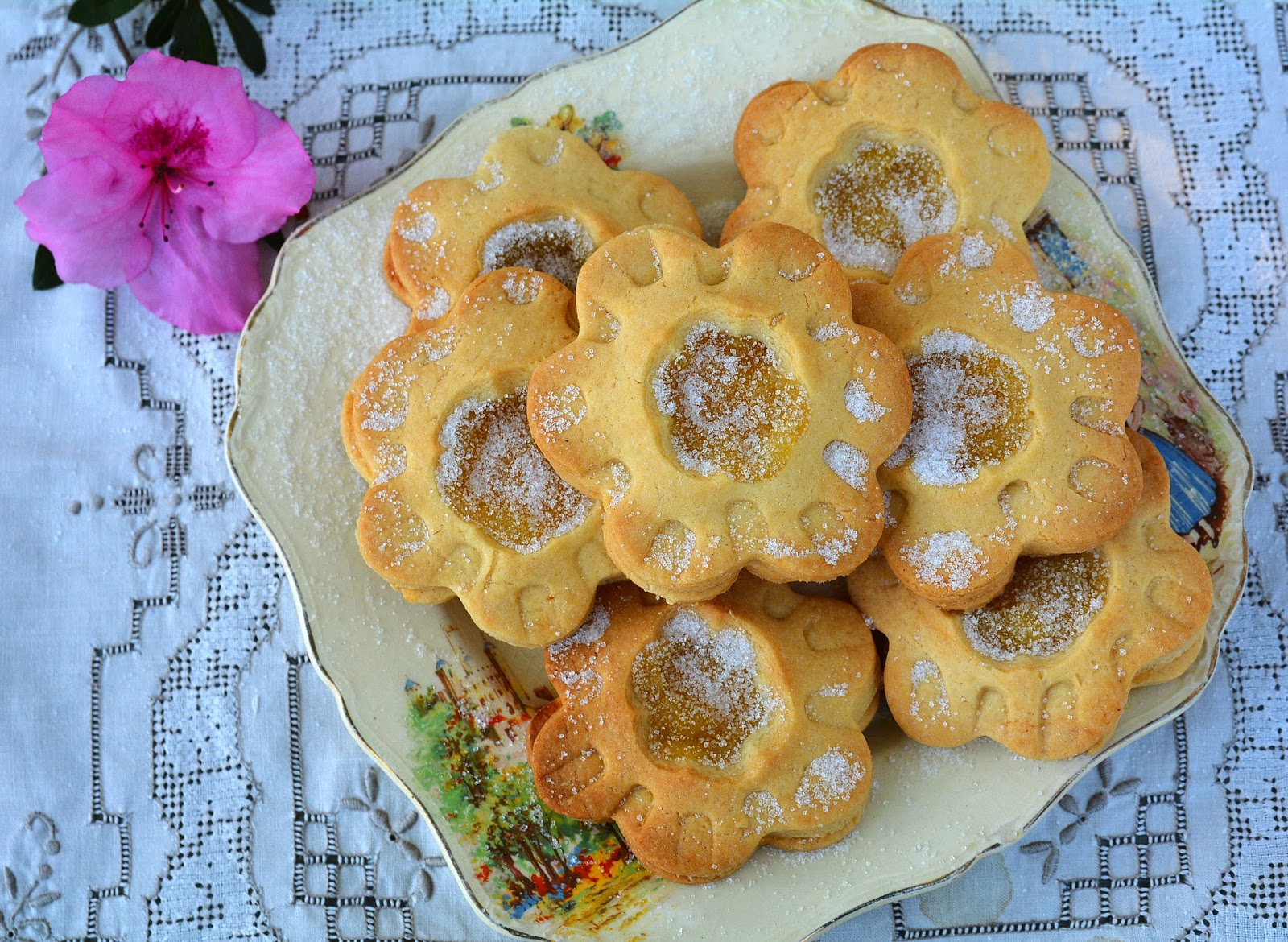 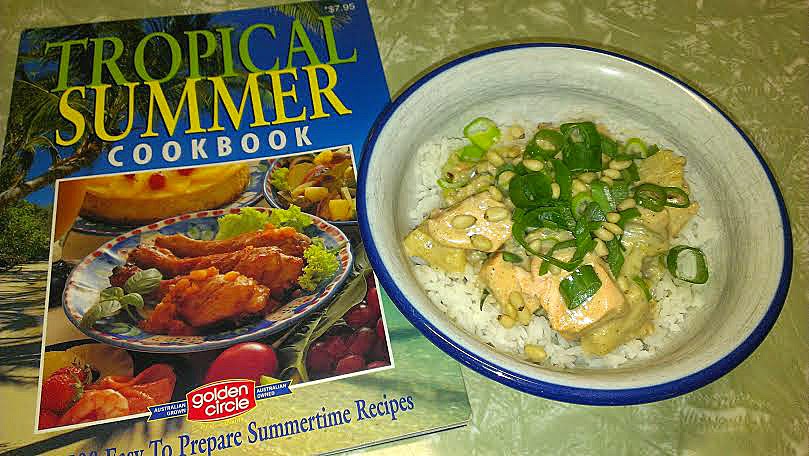 Although Mum is adamant that trees shouldn't be planted in straight lines she always comments when we drive past John Tucker Park in Paterson NSW that it looks inviting. Time for a pineapple picnic! 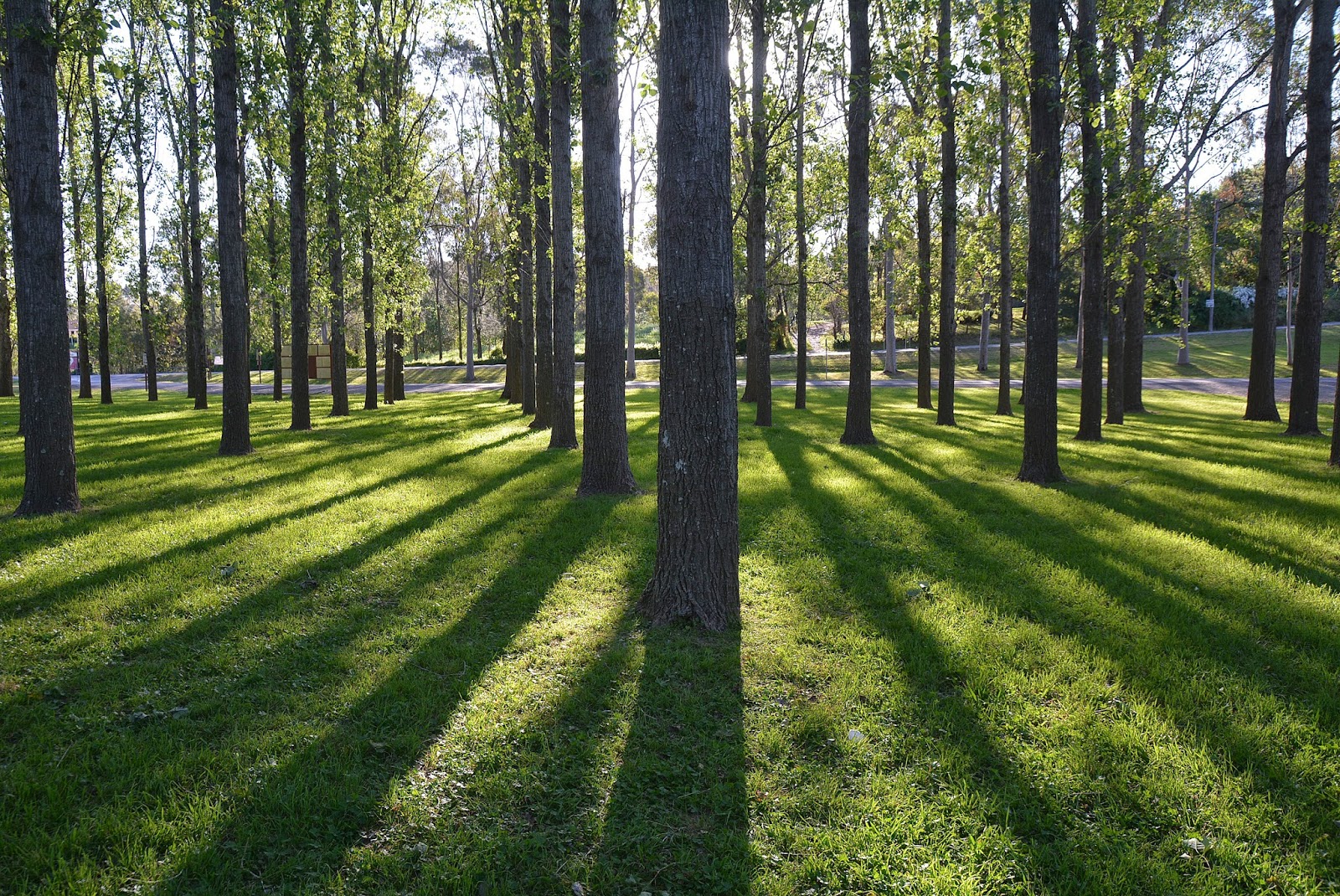 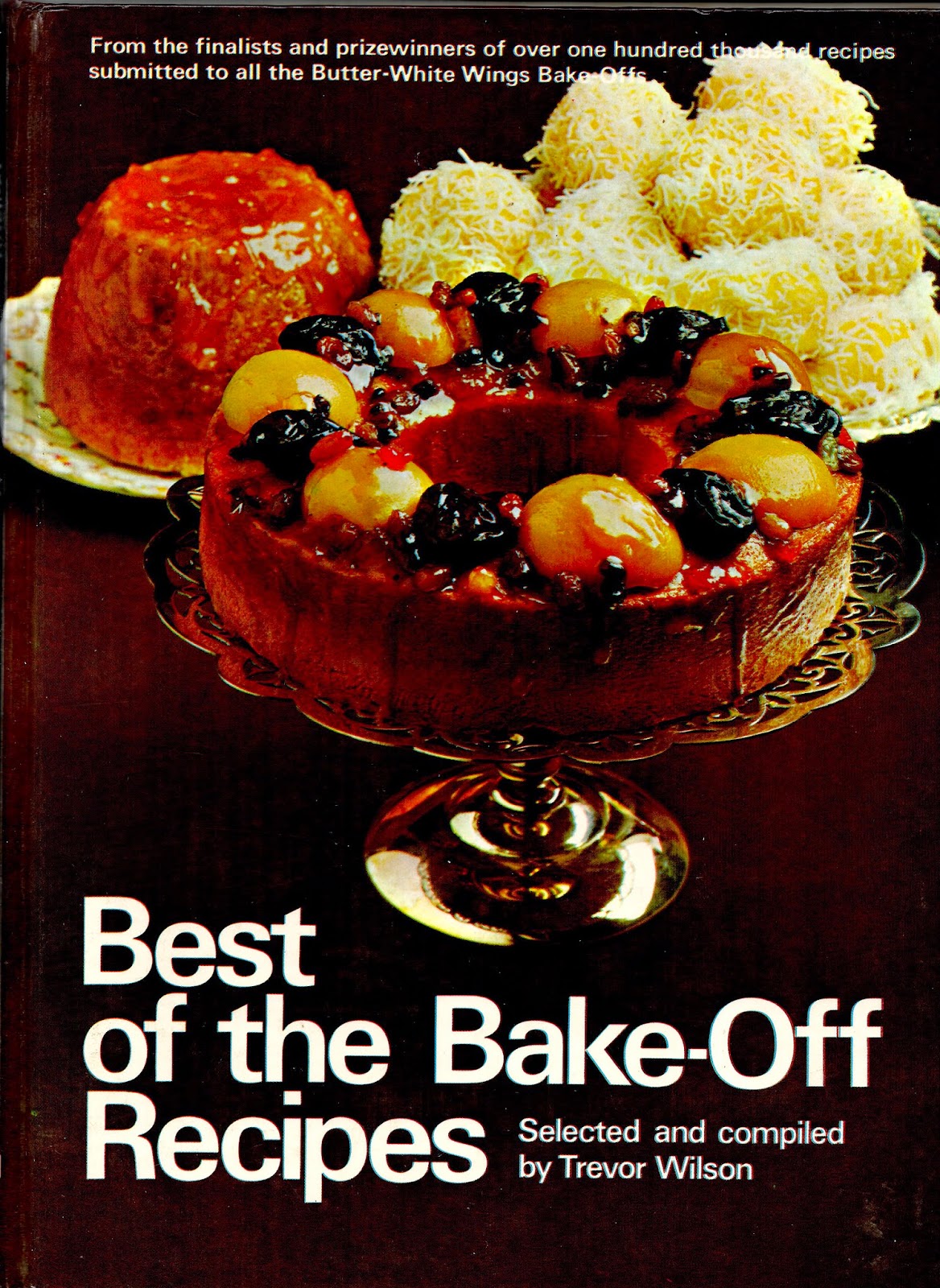 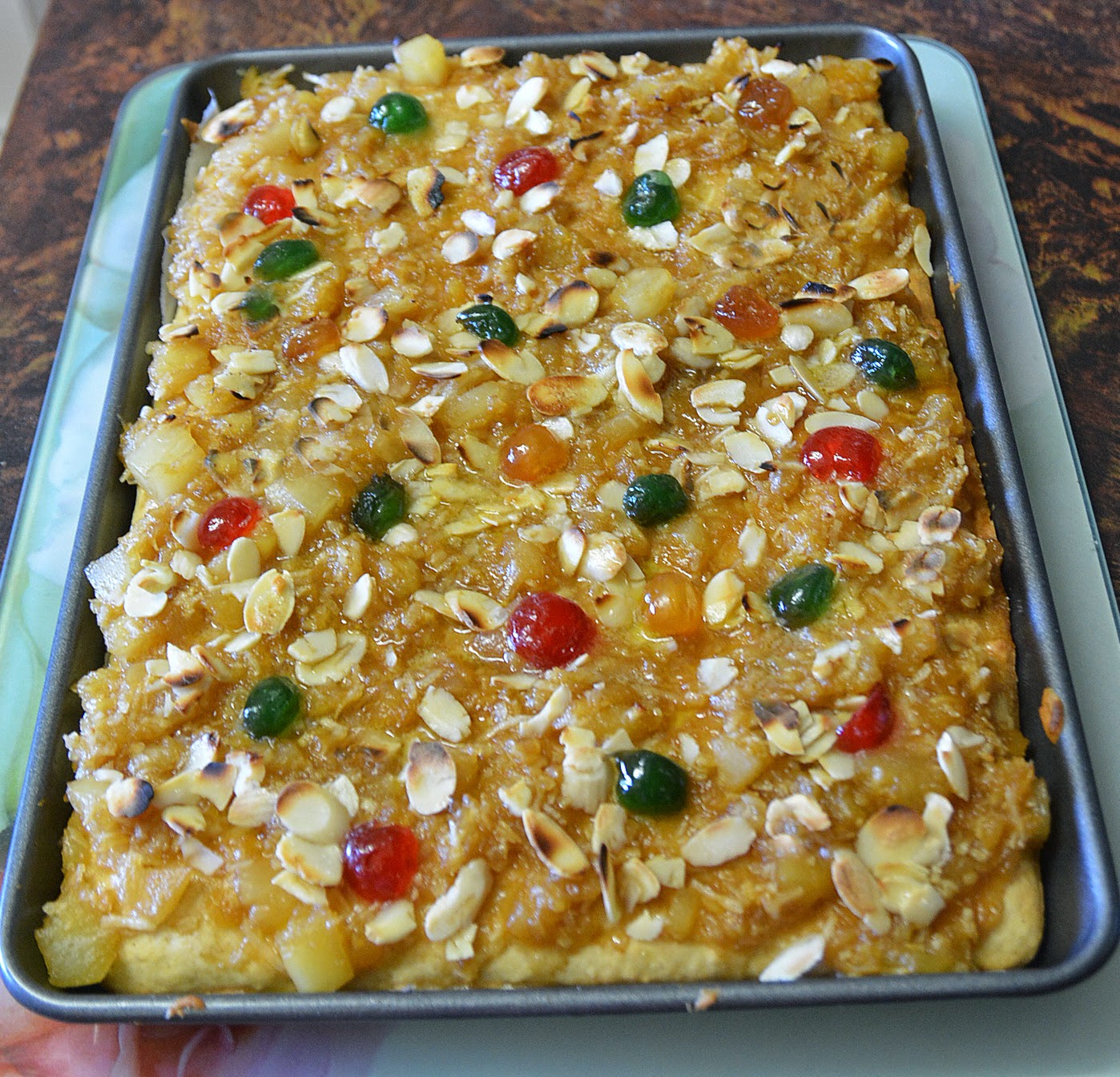 
Cream butter and sugar until light and fluffy. Add eggs one at a time, beating well between each addition. Add lemo30cmX18cmn essence. Sift flour, salt and spice and fold into mixture alternately with milk and pineapple juice. Put in a buttered lamington tin and bake 30 to 35 minutes in moderate oven. Cool slightly before removing from tin. 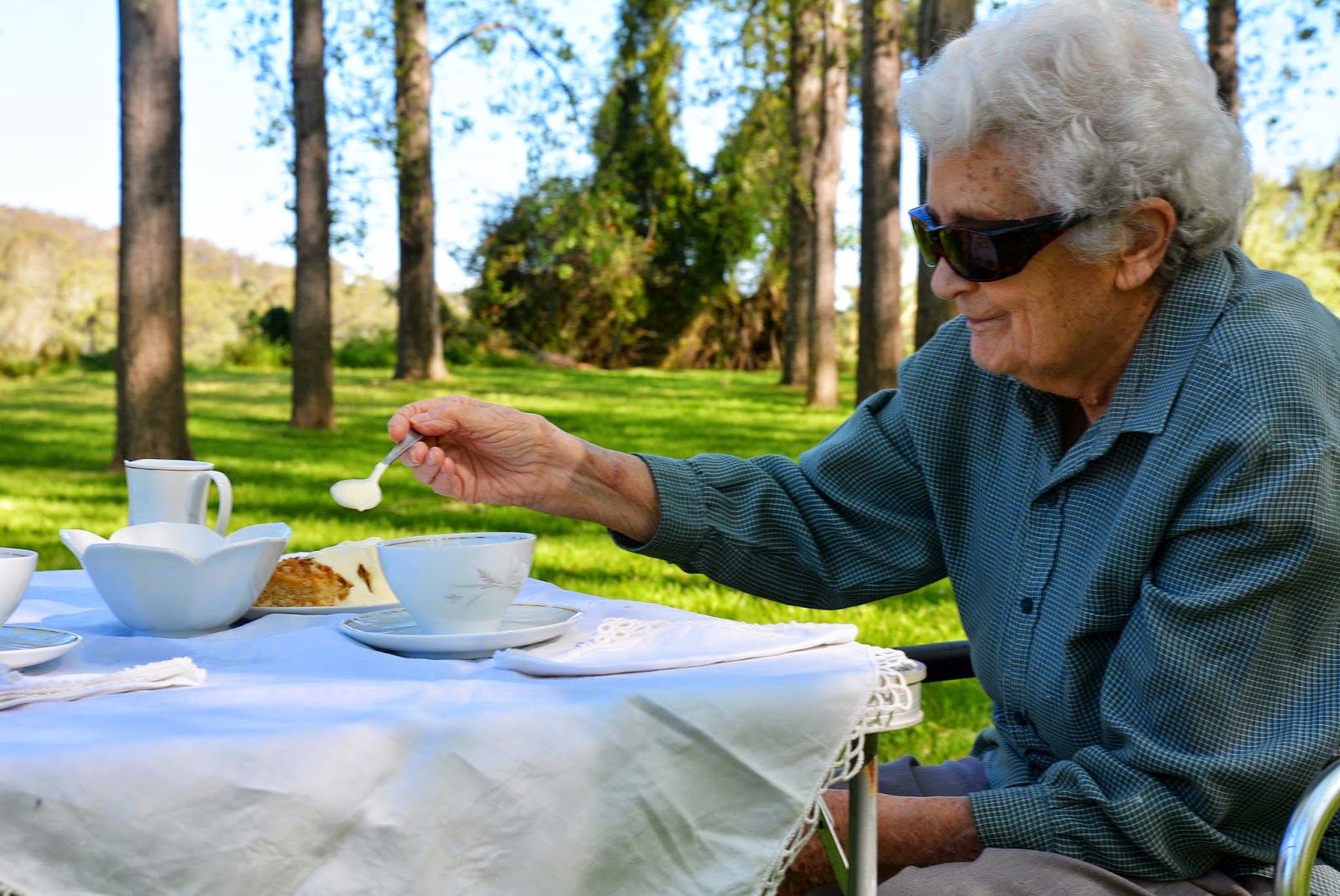 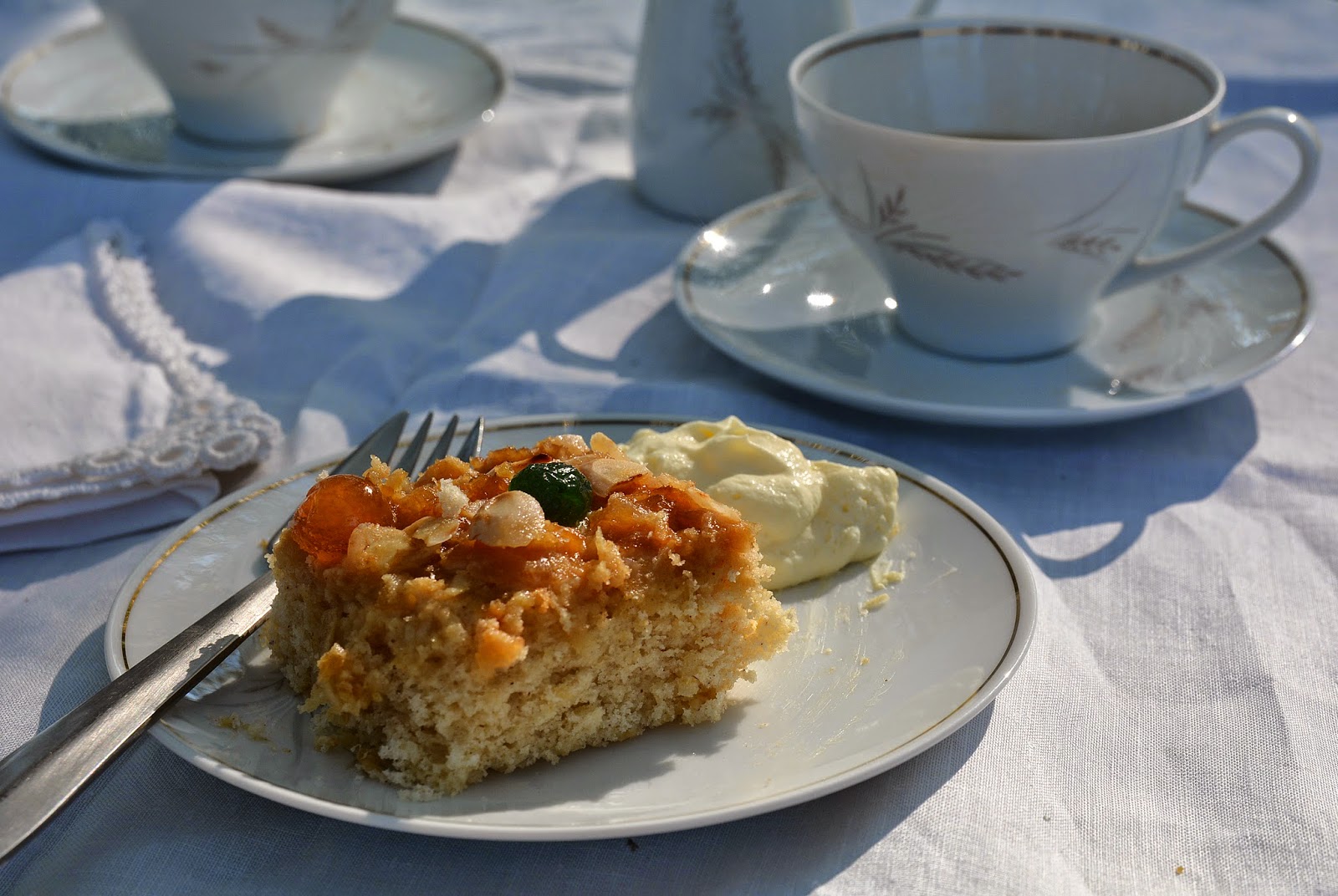 John Doidge Tucker was born in Paterson in 1852. He was a horticulturalist and donated land for an extension to the town's riverside park in 1939. What a lovely leafy legacy for a community! 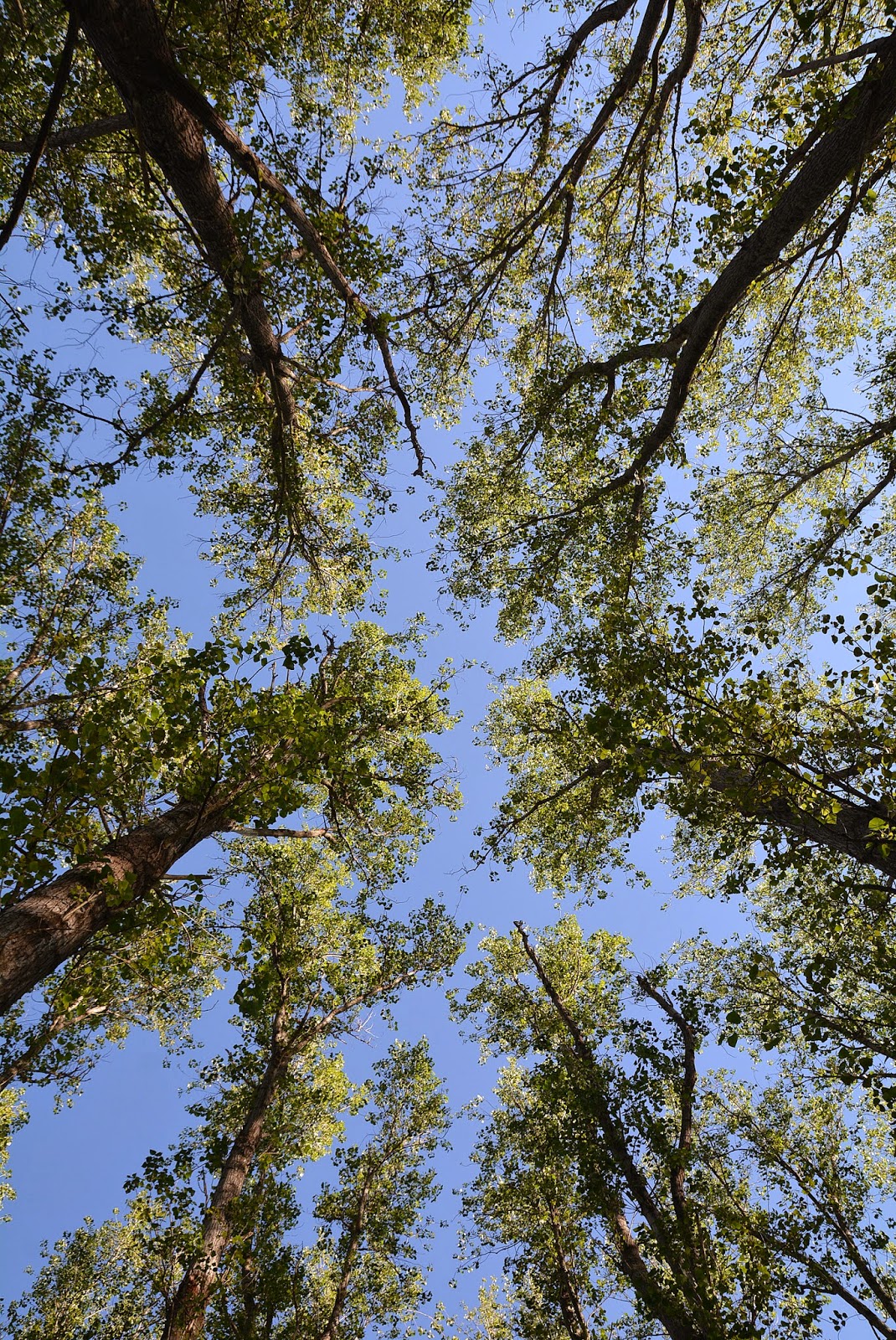 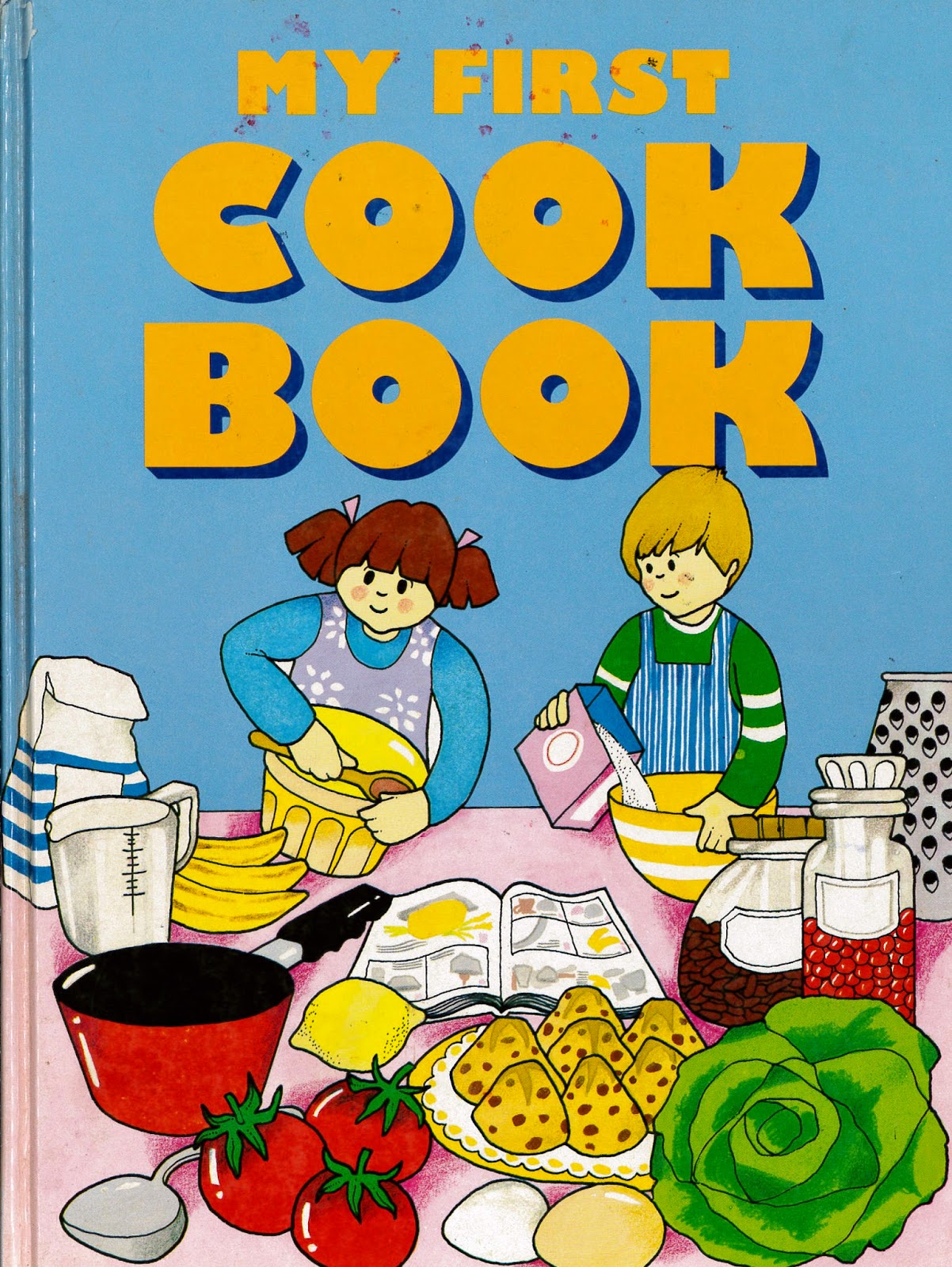 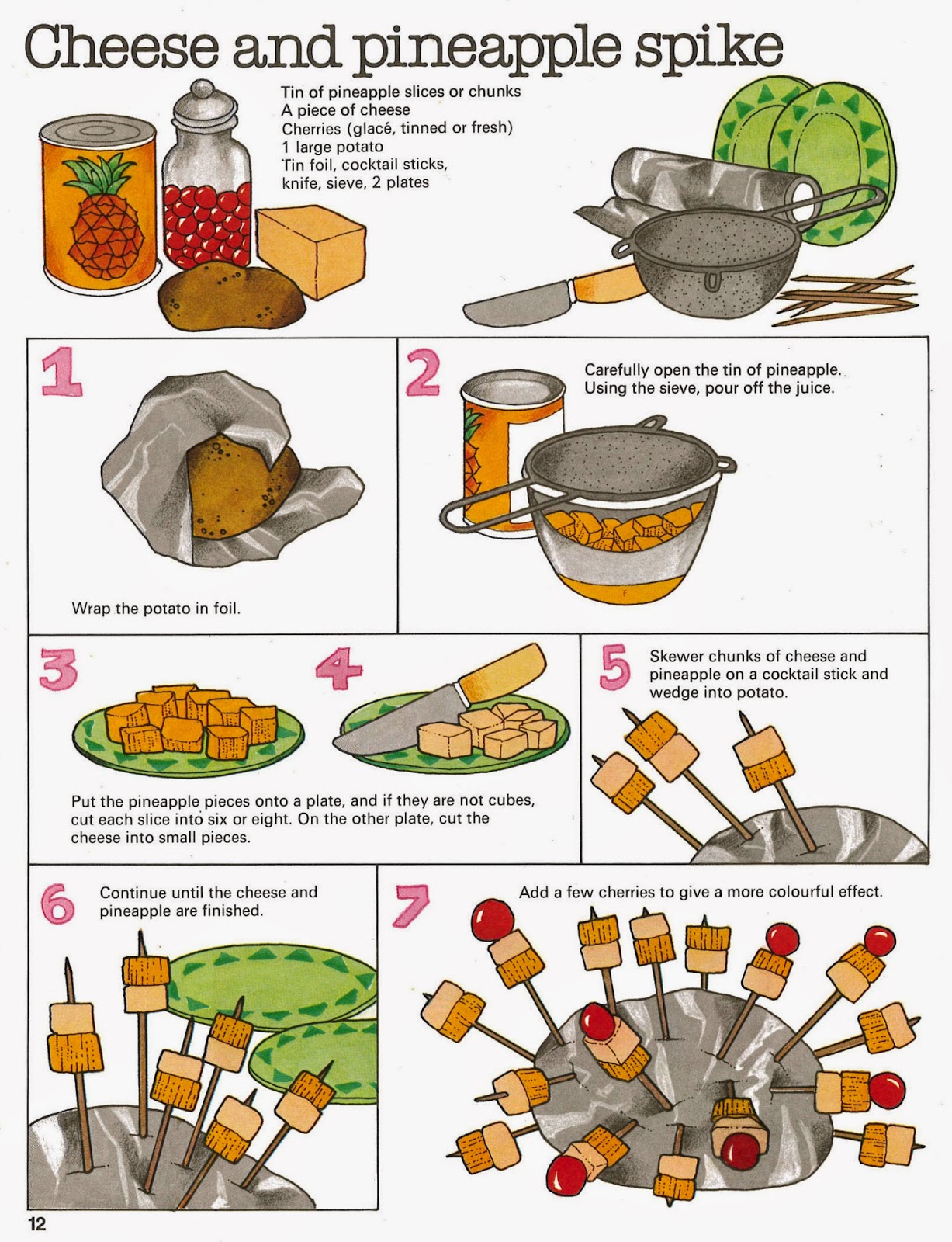 Tin of pineapple slices or chunks; a piece of cheese; cherries (glacé, tinned or fresh); 1 large potato; tin foil, cocktail sticks; knife, sieve, 2 plates
1 Wrap the potato in foil
2 Carefully open the tin of pineapple. Using the sieve, pour off the juice
3 and 4 Put the pineapple pieces onto a plate, and if they are not cubes, cut each slice into six or eight. On the other plate, cut the cheese into small pieces
5 Skewer chunks of cheese and pineapple on a cocktail stick and wedge into potato
6 Continue until the cheese and pineapple are finished
7 Add a few cherries to give a more colourful effect. 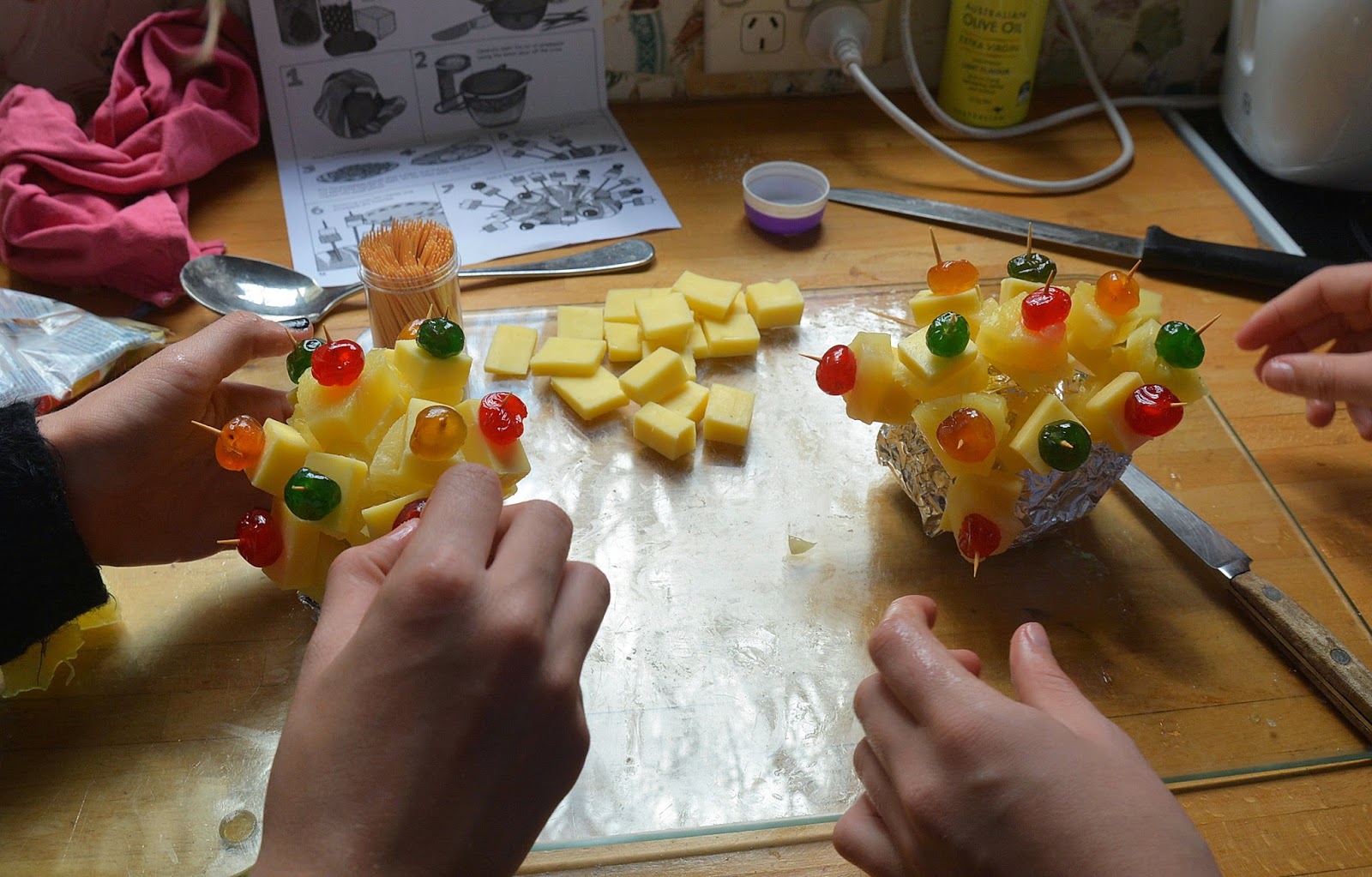 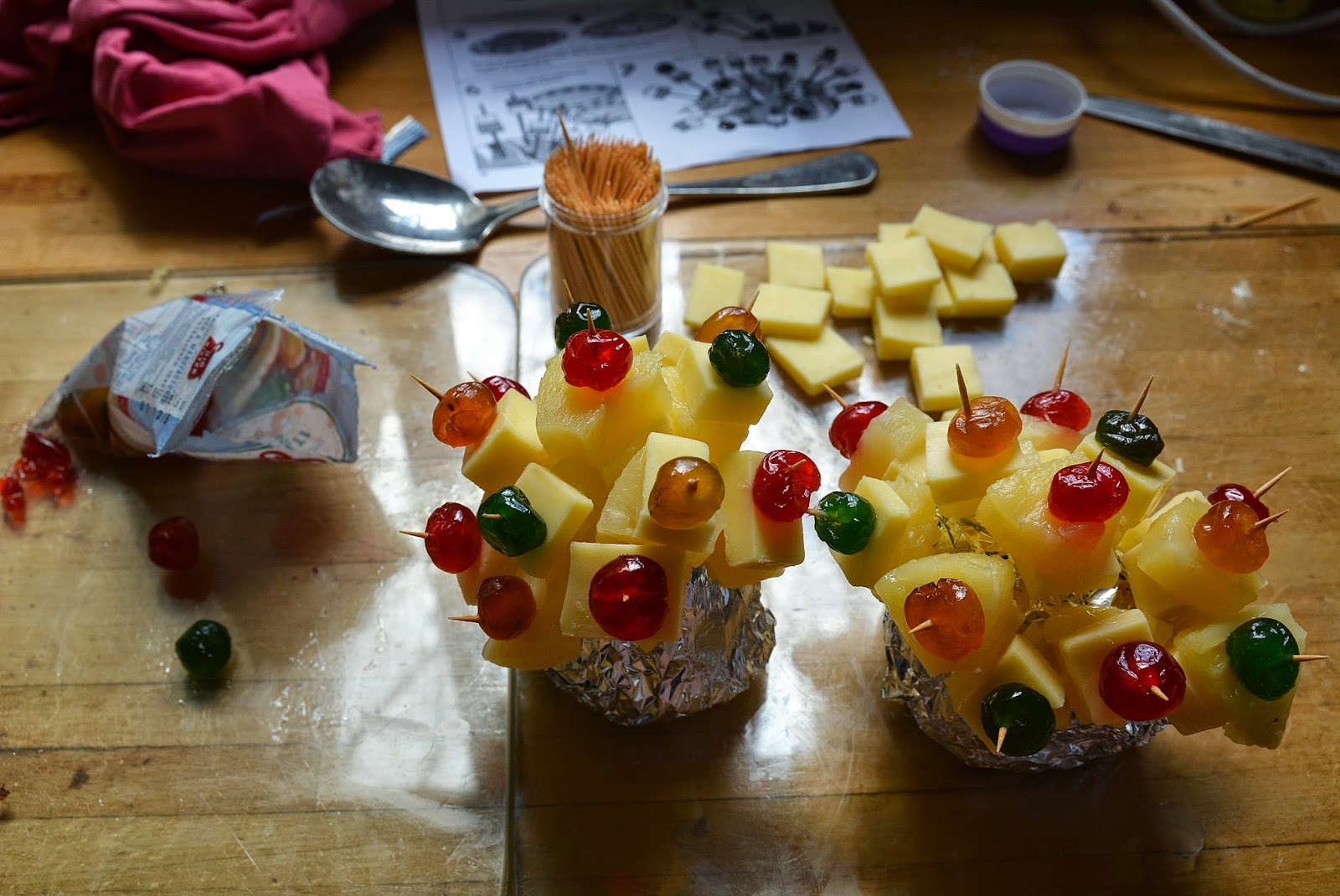 Thank you Darani and Bella for your expert cooking demonstration! 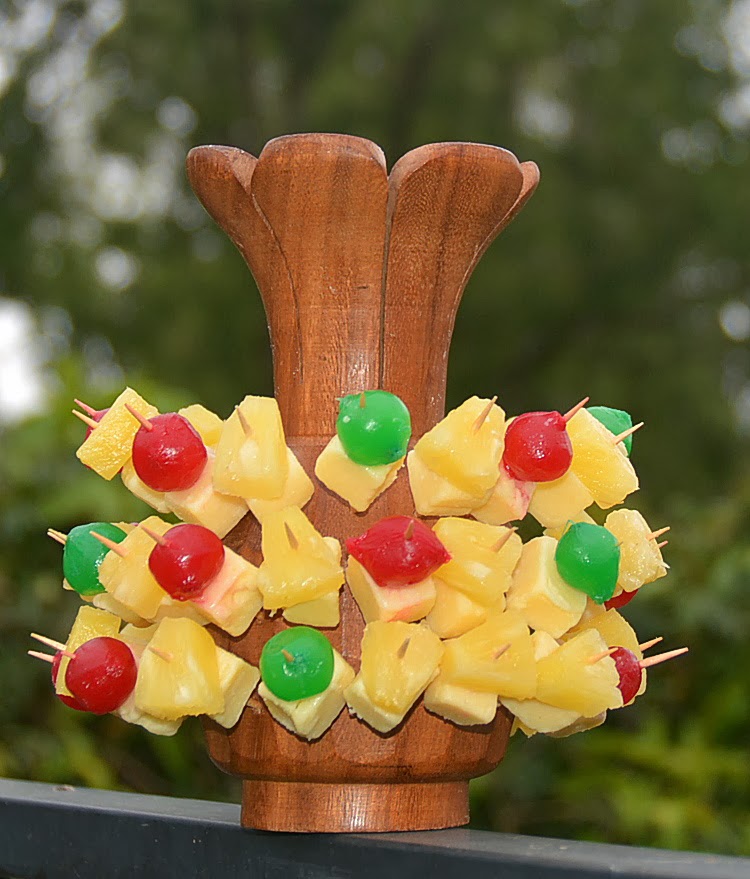 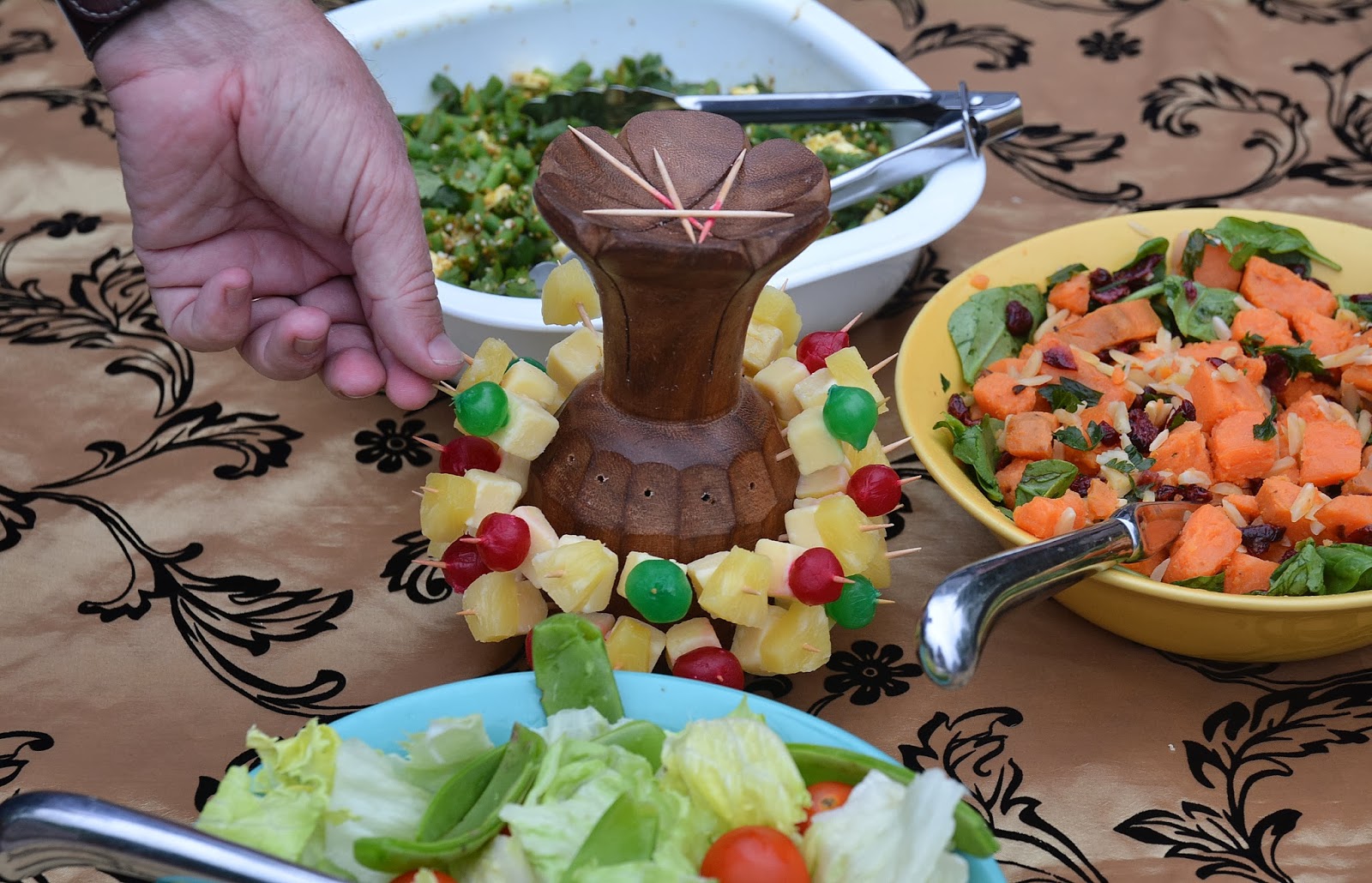 WIKI tells us that:
"A toothpick is a small stick of wood, plastic, bamboo, metal, bone or other substance used to remove detritus from the teeth, usually after a meal . . . The toothpick . . . is the oldest instrument for dental cleaning. The skulls of Neanderthals, as well as Homo sapiens, have shown clear signs of having teeth that were picked with a tool.
Toothpicks made of bronze have been found as burial objects in prehistoric graves in Northern Italy and in the East Alps. It was also well known in Mesopotamia. There are delicate, artistic examples made of silver in antiquity, as well as from mastic wood with the Romans.
In the 17th century toothpicks were luxury objects similar to jewellery items. They were formed from precious metal and set with expensive stones. Frequently they were artistically stylized and enamelled.
The first toothpick-manufacturing machine was developed in 1869, by Marc Signorello . Logs are first spiral cut into thin sheets, which are then cut, chopped, milled and bleached into the individual toothpicks."
http://en.wikipedia.org/wiki/Toothpick
For a more detailed treatise on the subject of toothpicks check out this website
http://www.slate.com/articles/business_and_tech/design/2007/10/stick_figure.html
written by Henry Petrosk, professor of civil engineering and professor of history at Duke University. He is the author of a dozen books on engineering and design, the latest of which is The Toothpick: Technology and Culture. 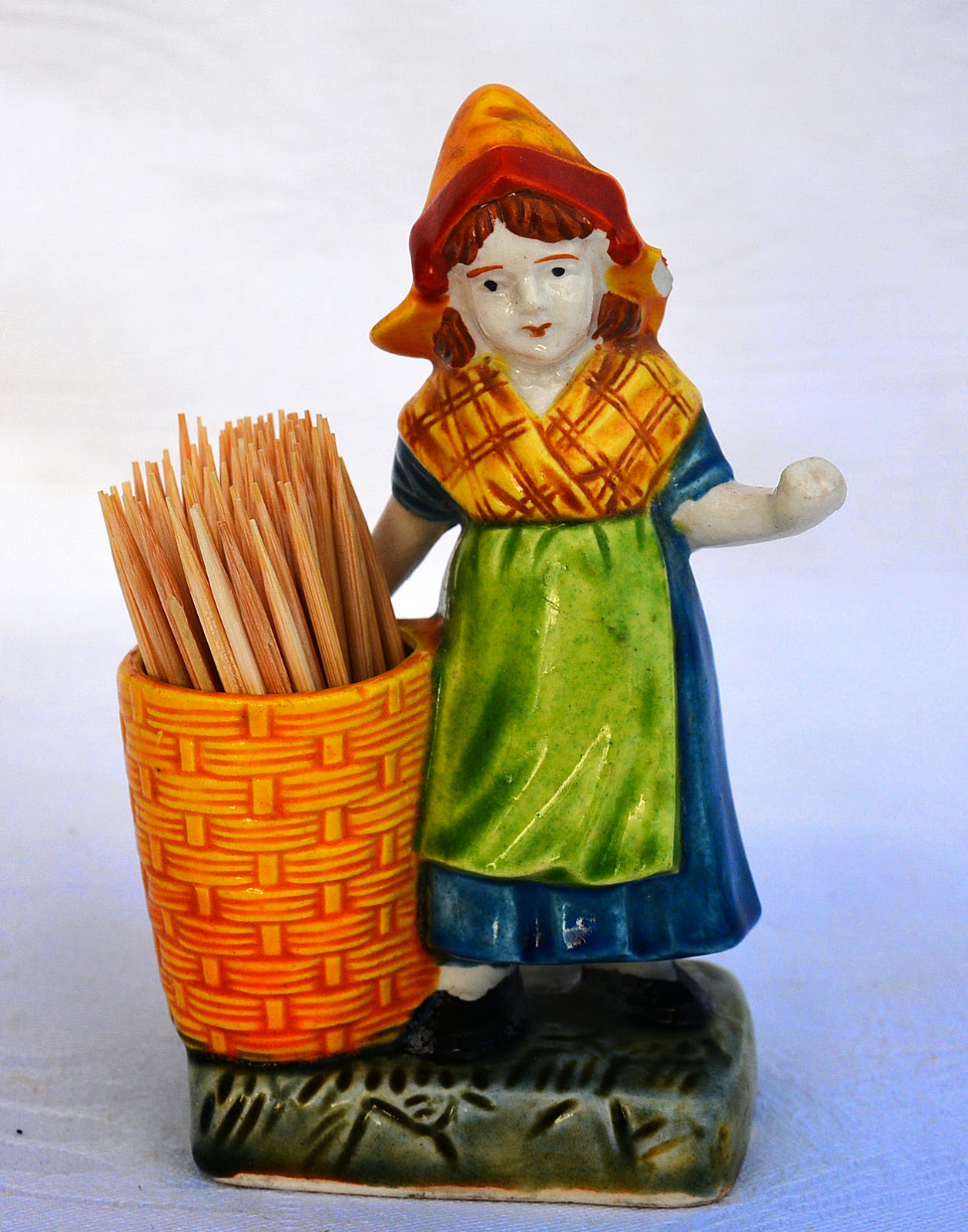 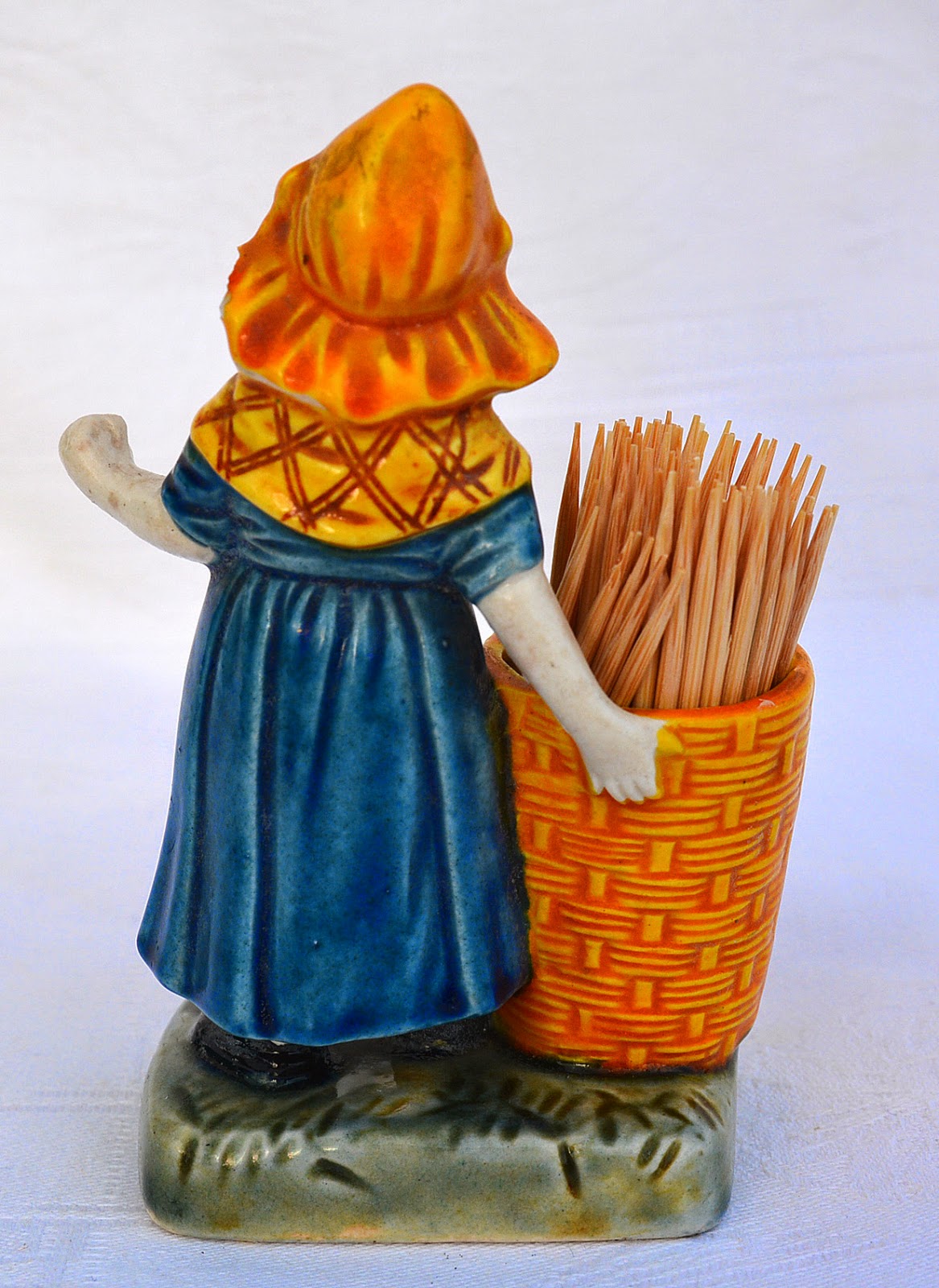 
Pineapple and Prawn Salad contributed by Helen Newton (Miss Australia 1968) who grew up on a pineapple farm, at Woombye, Queensland. 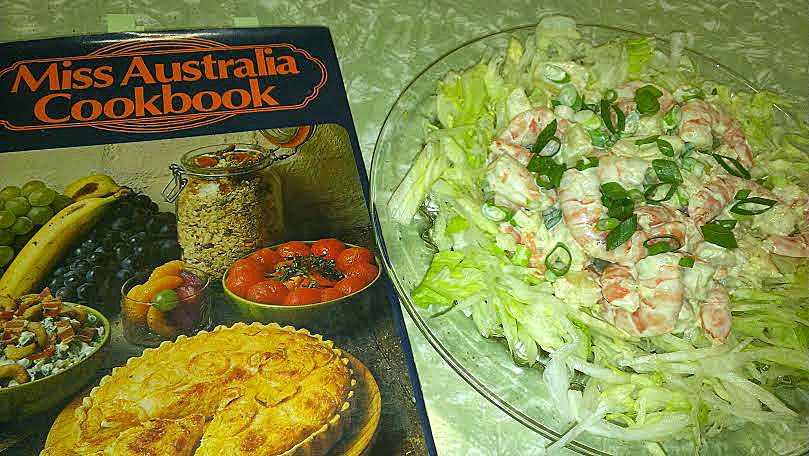 Serves: 6
1 1/2 kg prawns, cooked; ½ cup white vinegar; salt and pepper; 2 X 350g tins pineapple pieces, drained and chilled; 1 cup Mayonnaise; 1 lettuce; sprigs of parsley and tomato wedges for garnish
Shell the prawns, remove black vein and cut in halves. Place in a bowl and mix with the vinegar and salt and pepper, chill. Add the pineapple and Mayonnaise to the prawns and mix together thoroughly. Arrange on crisp lettuce leaves and garnish with sprigs of parsley and tomato wedges.
Home made mayonnaise, home cooked Australian tiger prawns, fresh iceberg, yummy canned pineapple.  For a dinner party you could serve it in glasses like a prawn cocktail.  Personally I would use a marie rose sauce, the olive oil in the mayonnaise was a bit overpowering for the prawns, Ann.

Helen Newton said “I enjoy cooking and entertaining at home. The thought of organising and cooking for a party does not worry me, I now appreciate my training in home science subjects at high school and later at teachers Training College. I believe one of the most important points to remember when planning meals is the nutritional value of food. During the hot summer months we can enjoy crisp, cool salads and beautiful fresh fruit. Fortunately these are rich in vitamins and minerals as well as being delicious and satisfying.”
Posted by Anne and Ann at 23:56 2 comments: