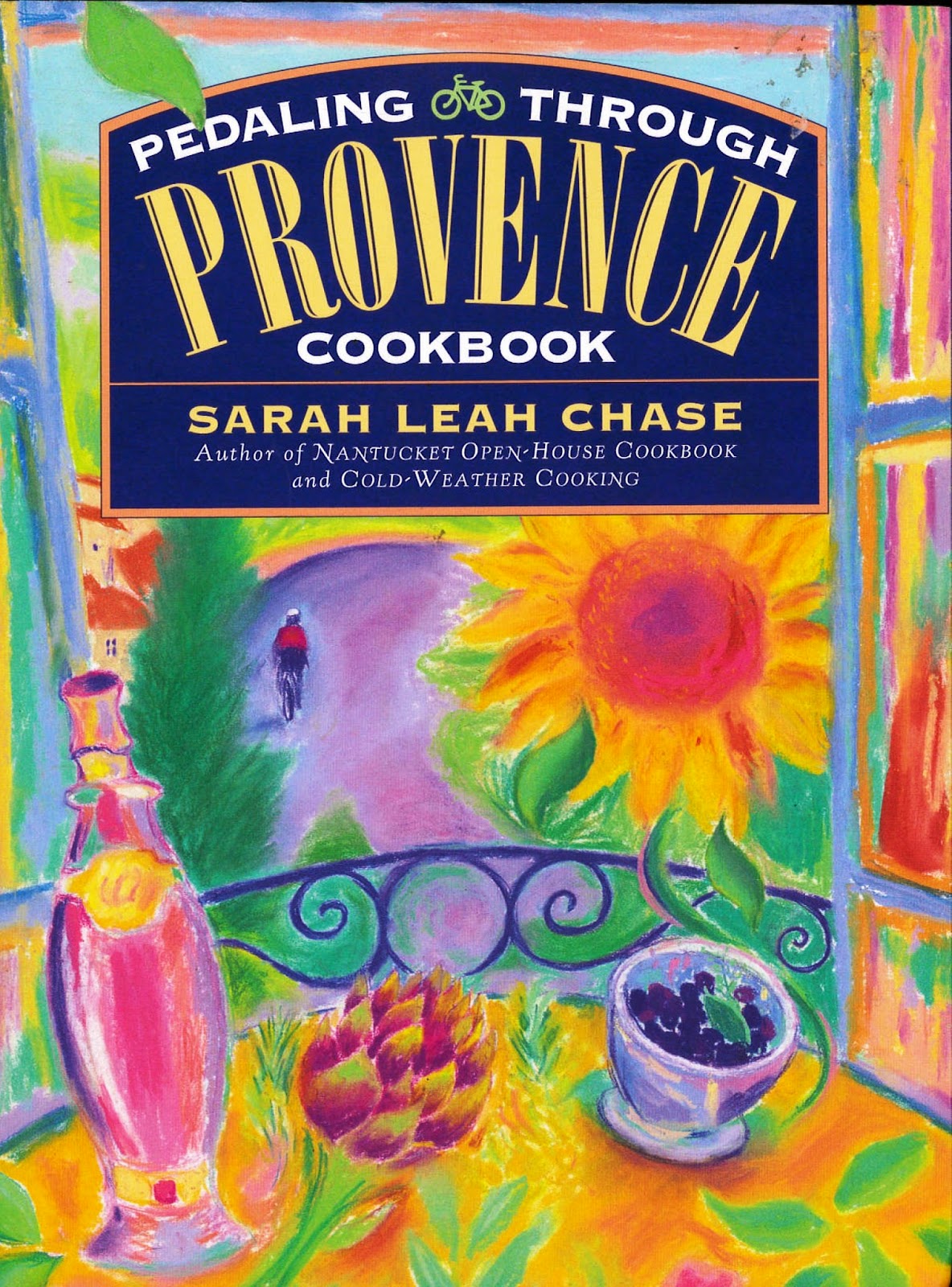 Green-peppercorn-laced, fresh pineapple compote based on a recipe by Gary Danko of the San Francisco Ritz Carlton

1. In a heavy saucepan, bring the wine and sugar to a boil over medium-high heat. Boil, stirring to dissolve the sugar, until the liquid is perfectly clear and syrupy, 2 to 3 minutes. Stir in the green peppercorns and remove from the heat. Let cool to room temperature.

2. Combine the pineapple and syrup in a large bowl, stirring gently to coat the fruit. Refrigerate for several hours or overnight to let the flavours marry and mellow. Just before serving, stir in the mint. Spoon the pineapple with some of its marinade into fruit bowls or wide glass goblets. 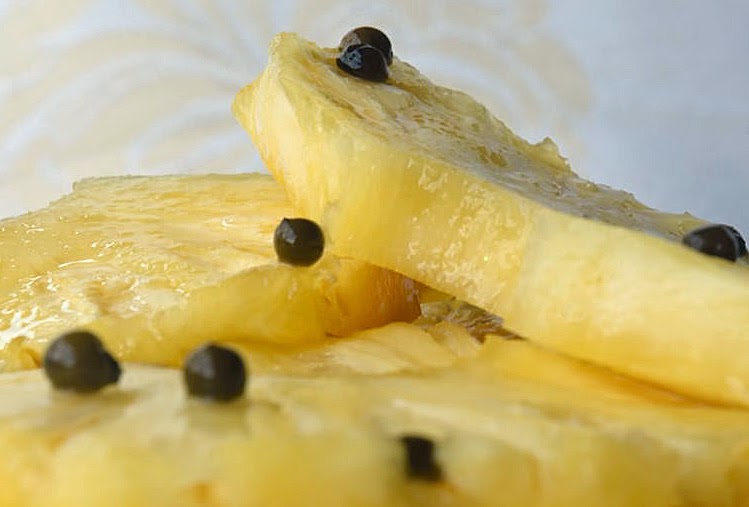 This is an absolutely delicious entrée, a wonderful combination of flavours, Anne, 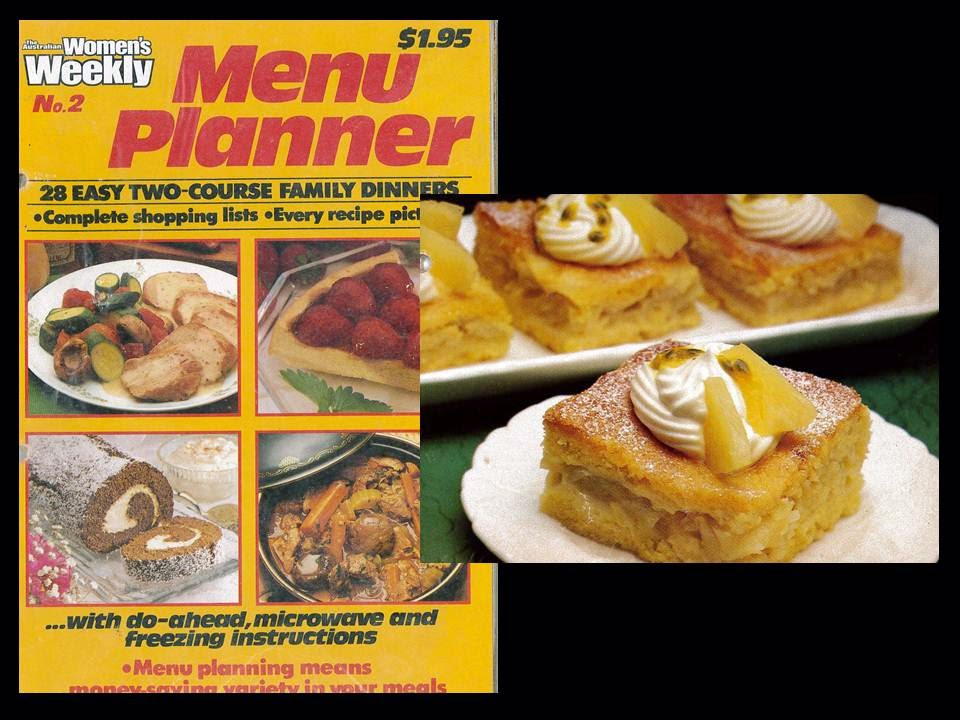 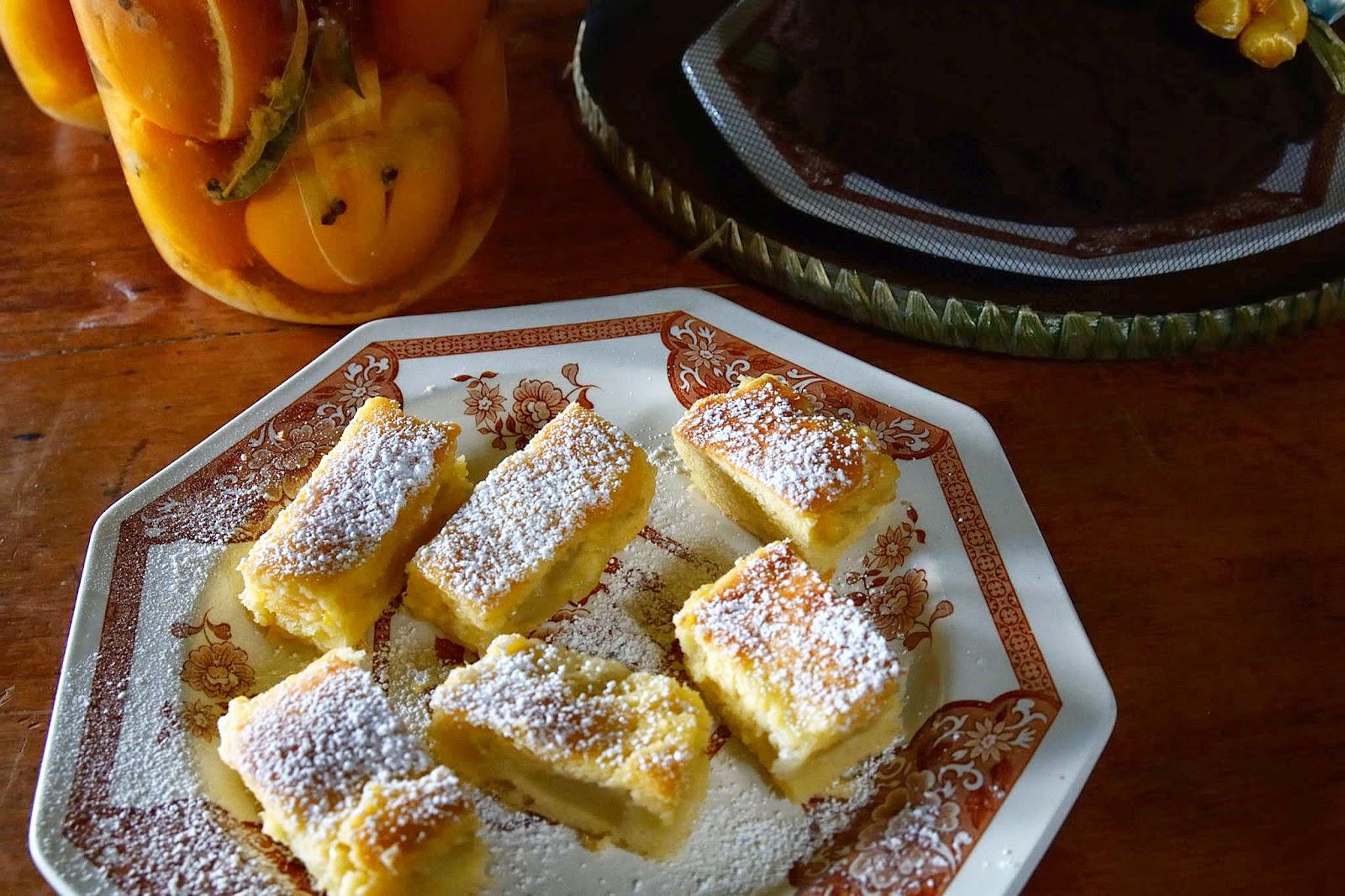 Ginger Up Your Pineapple

Ginger Up Your Cookery, Edited by Charles Seely, decorations by Kate Simunek, London 1977 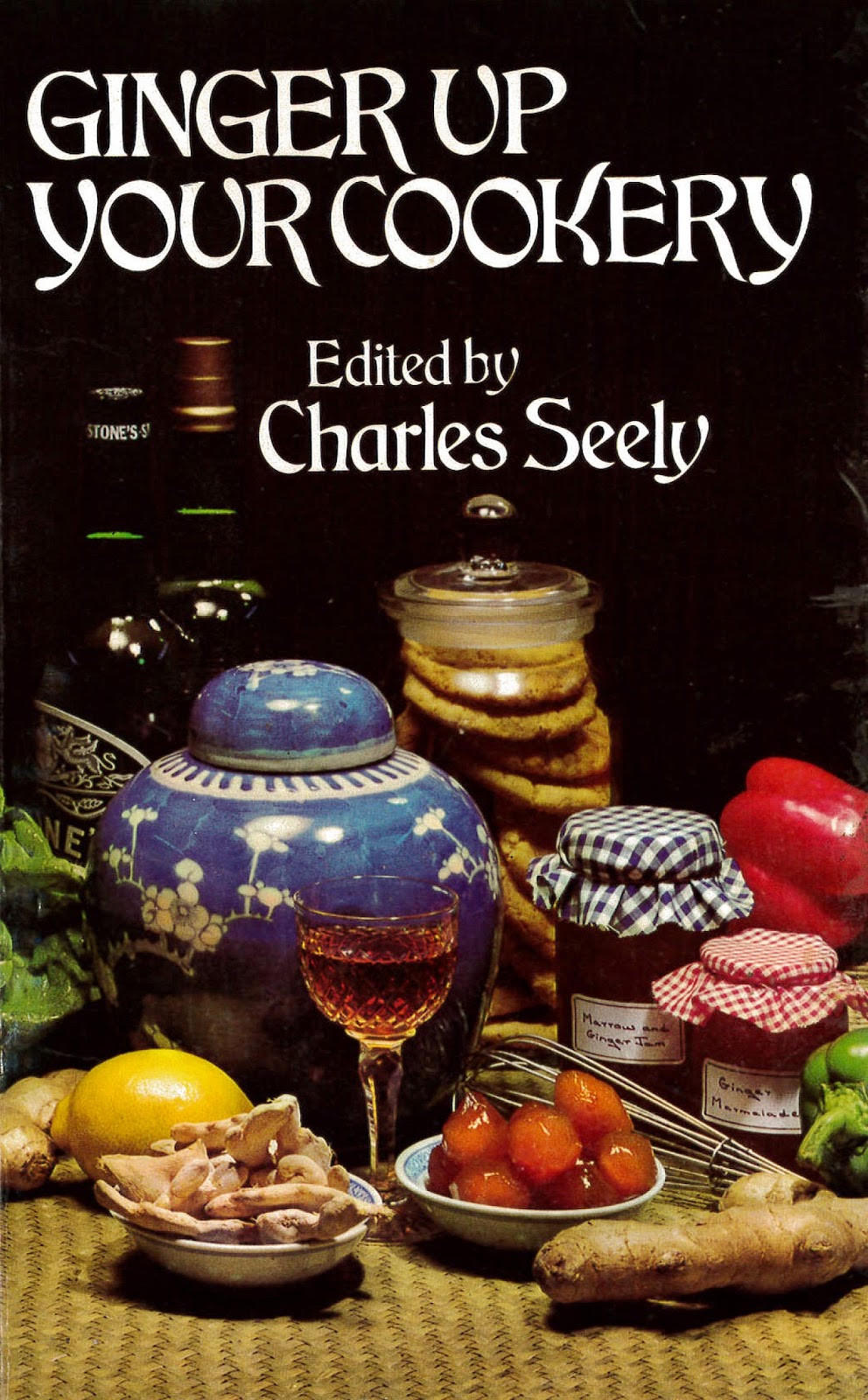 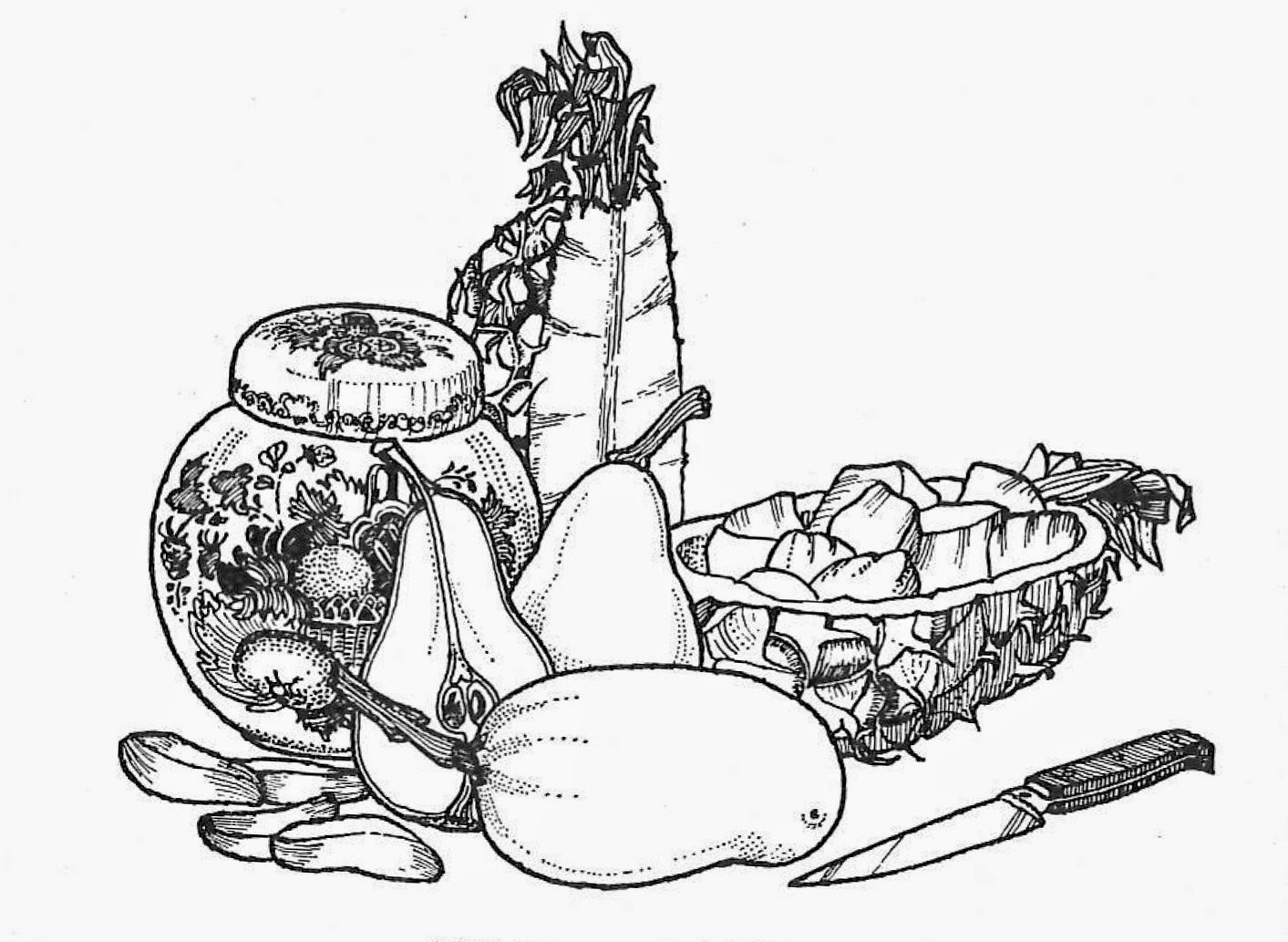 
Beginning at crown, cut pineapple in half lengthways. Scoop out fruit. In bottom of each half, place layer of cottage cheese. Remove core from pineapple and cut fruit into chunks. Place layer over the cottage cheese. Arrange a layer each of pears and mangoes over the pineapple. Top with a sprinkling of ginger and nuts, and serve with a sweet French dressing. Serves 4. 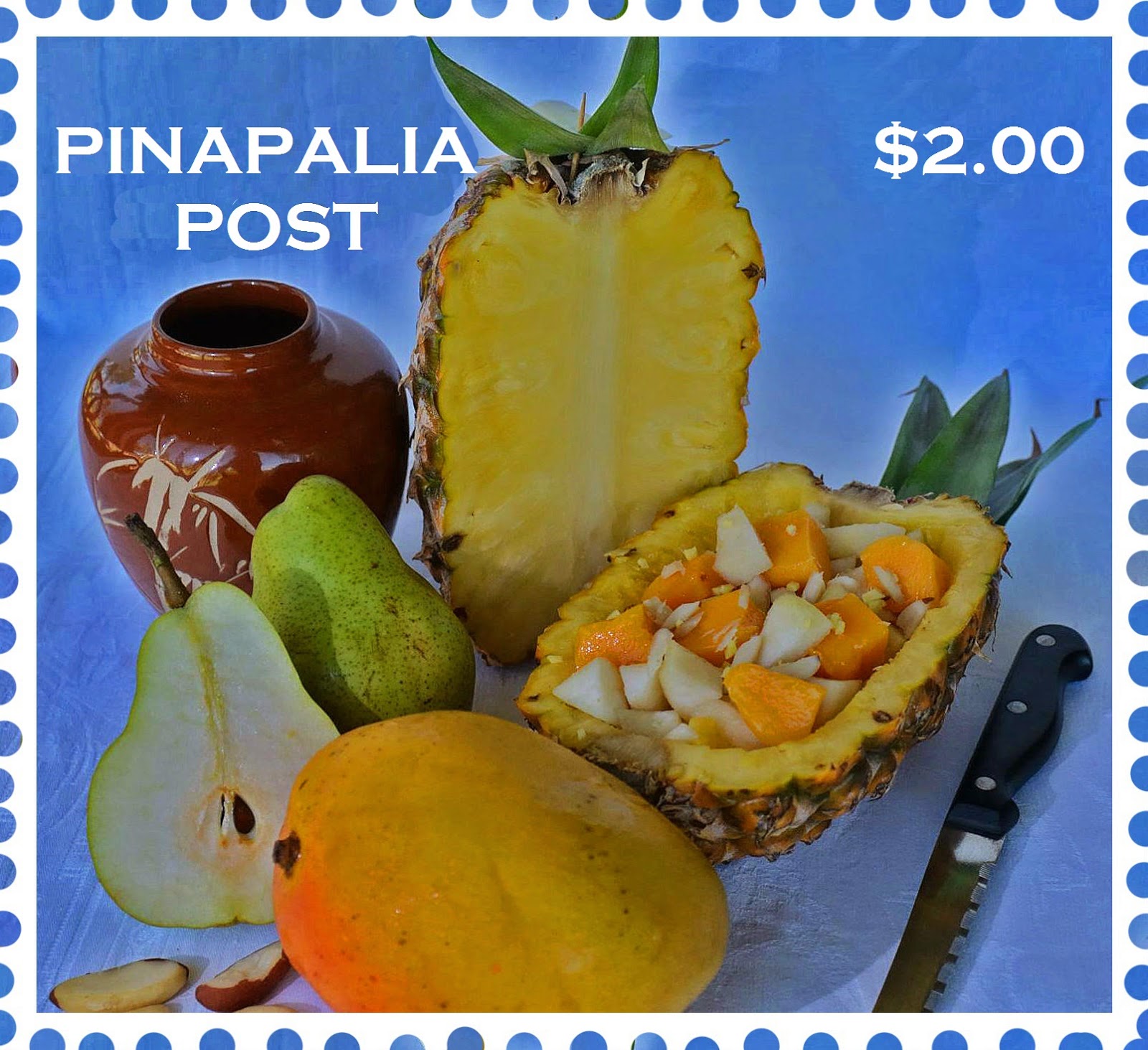 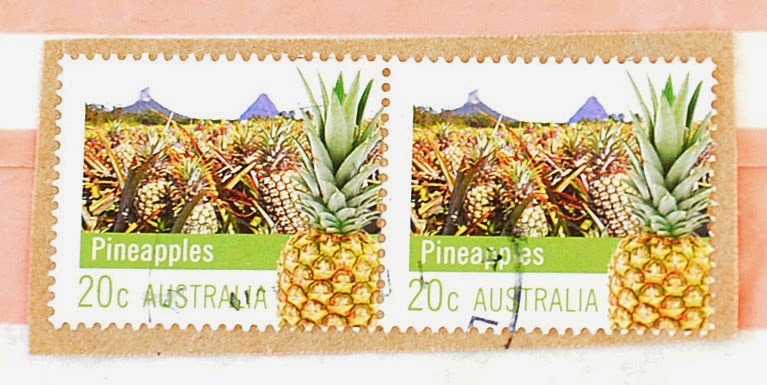 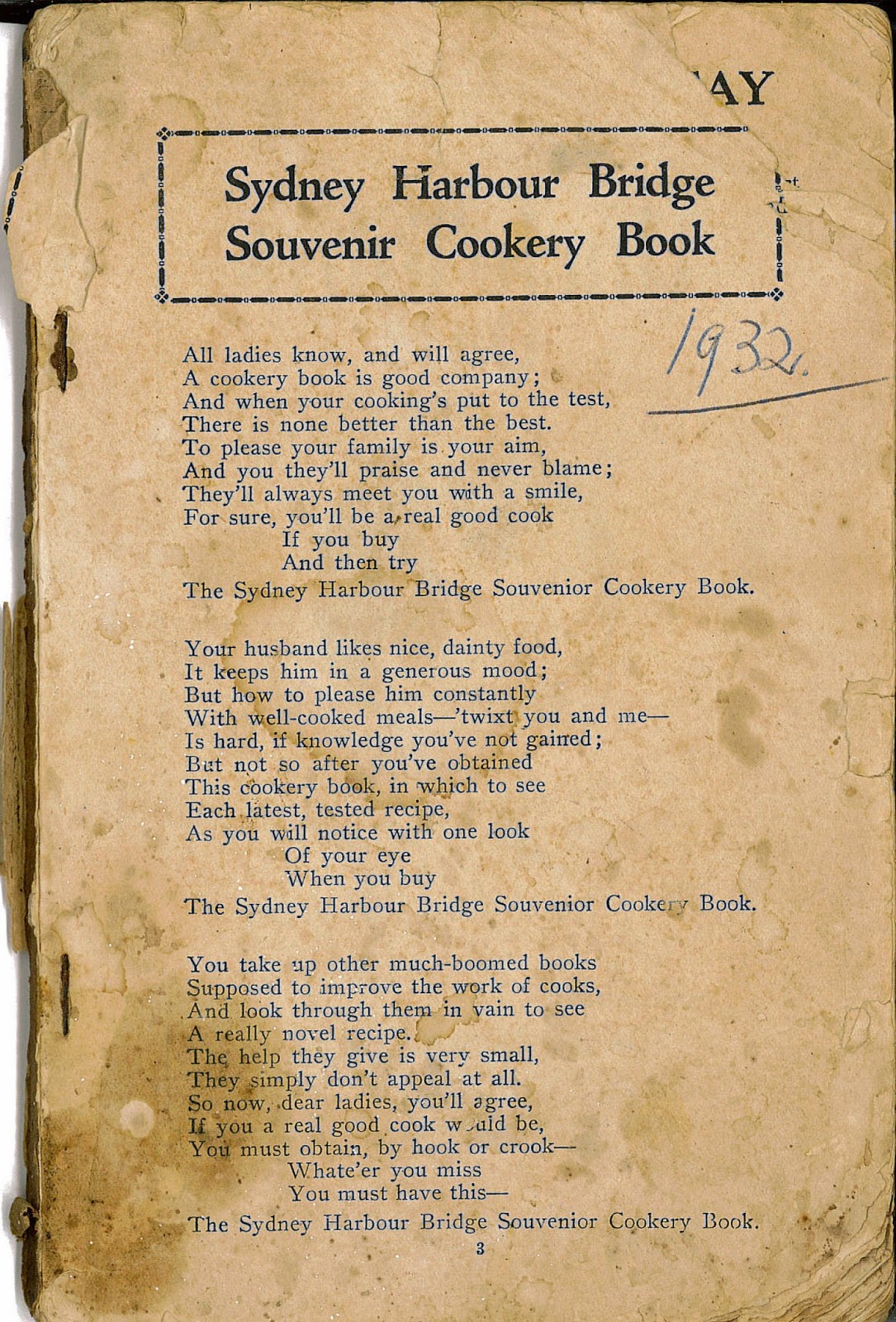 
Use an ordinary sponge mixing, baked in sandwich tins, and fill with the following mixture: Grate sufficient pineapple to fill a cup, take the same quantity icing sugar and cream. Beat the cream to a strong whip, and work in the pineapple and sugar a little at a time. When all are blended spread between the sandwiches. Ice with boiled icing, and decorate with pieces of pine and angelica cut to resemble leaves. 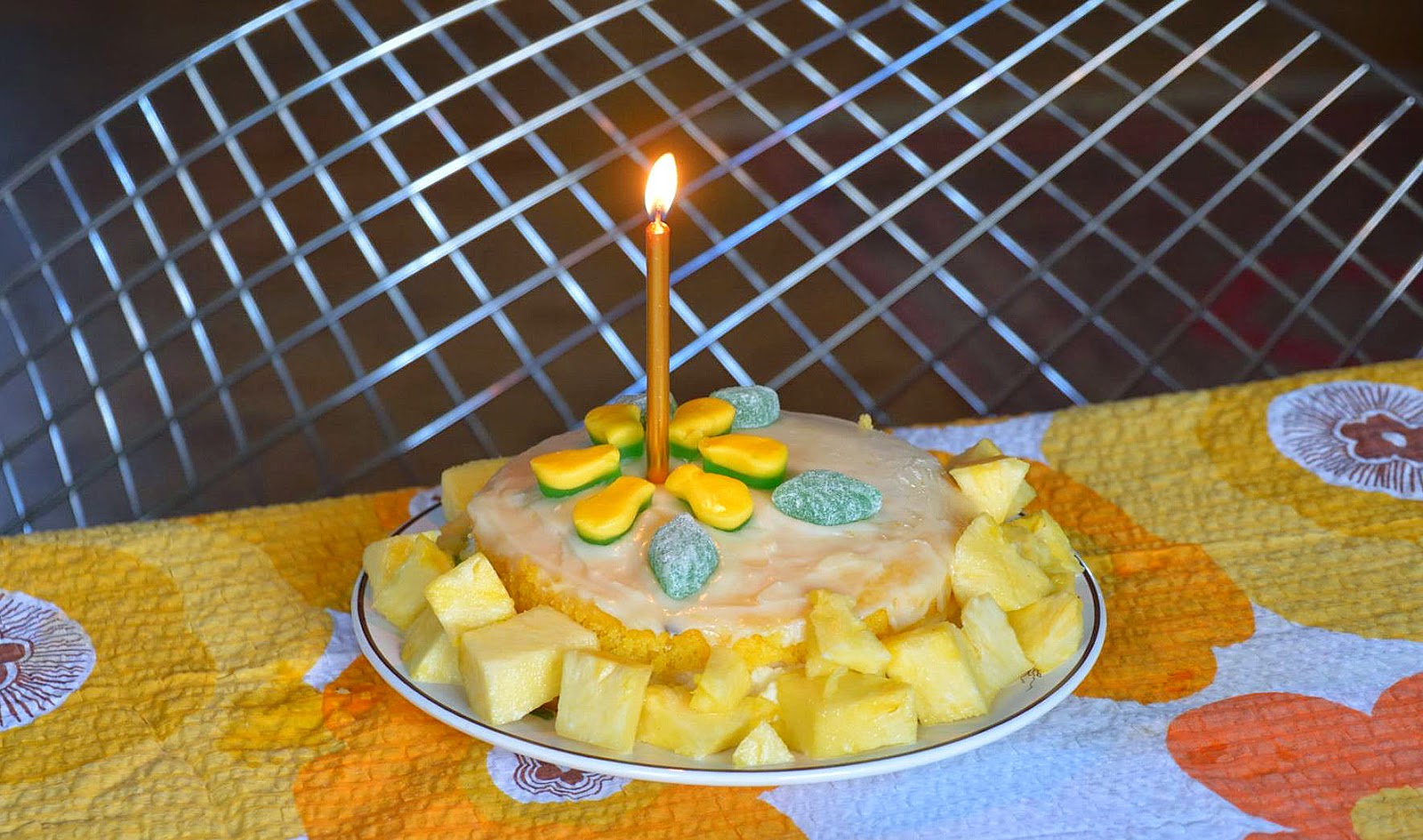 I feel quite sure that the author, Mr John Morgan, would not approve of my decorations for Jane's birthday cake !!!! As he said:

“Practice makes perfection, and in nothing is this more true than in cake decorating.”

And this is one of his own prize winning creations (of which he was obviously VERY proud): 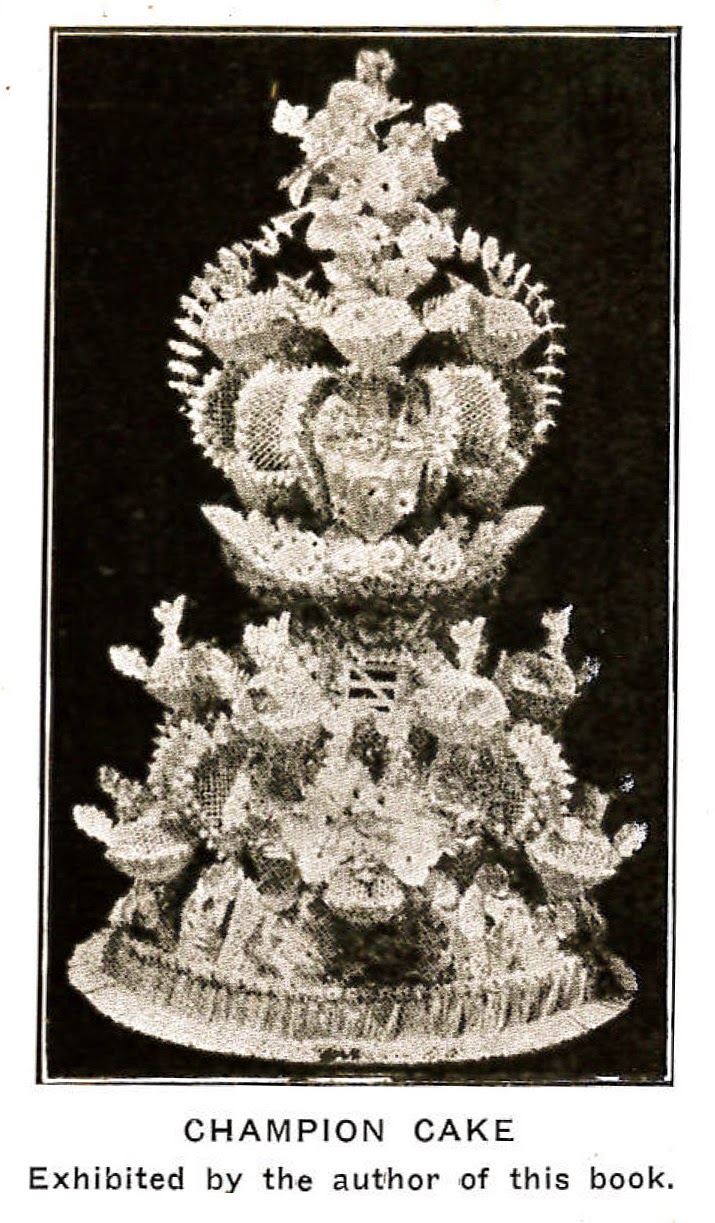 “It may be mentioned that the cake that won the championship of Australasia was electrically illuminated, there being 11 six-candle-power electric bulbs concealed in the threadwork upon the cake, and the brilliancy therefrom when all the lights were switched on gave forth a glorious sparkling lustre, surpassing even the glittering golden treasures that were found in the tomb of King Tutankhamen” Mr John Morgan. 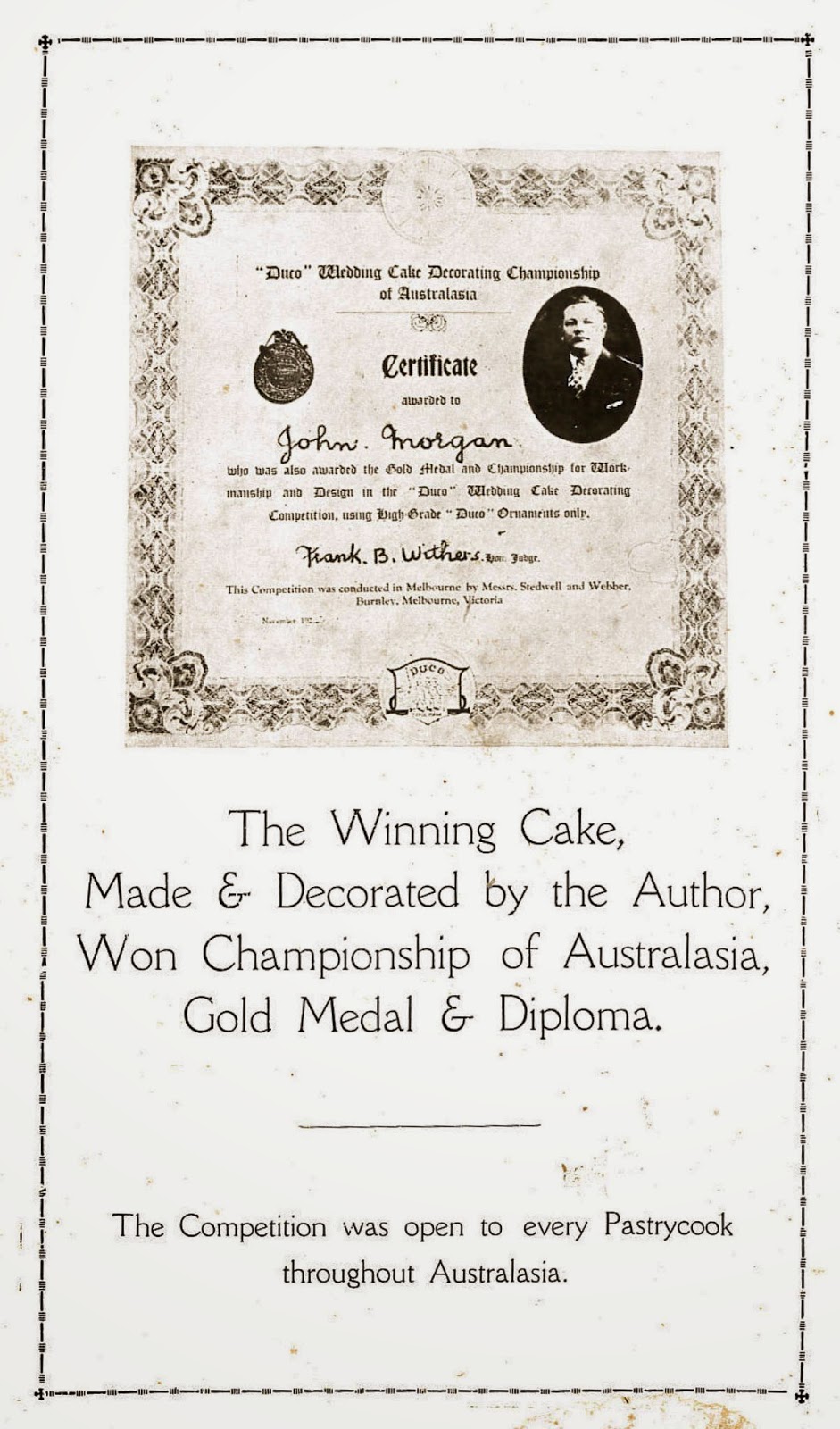 And some more of Mr John Morgan's fabulously inventive cakes: 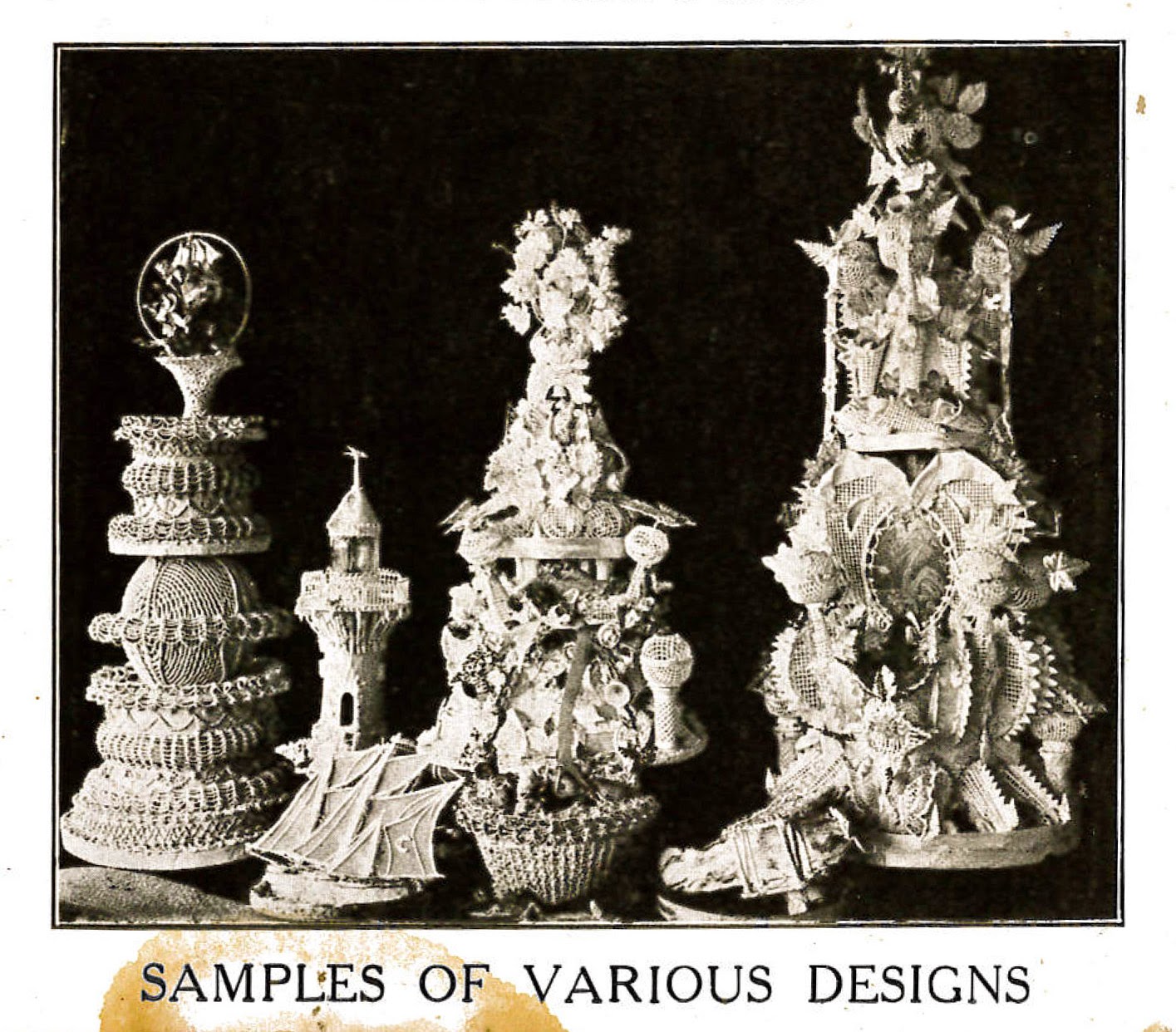 101 Ways to eat it with Coon Cheese, prepared by the Home Economists from the Kraft Kitchens, Kraft Foods Limited 1980 Melbourne 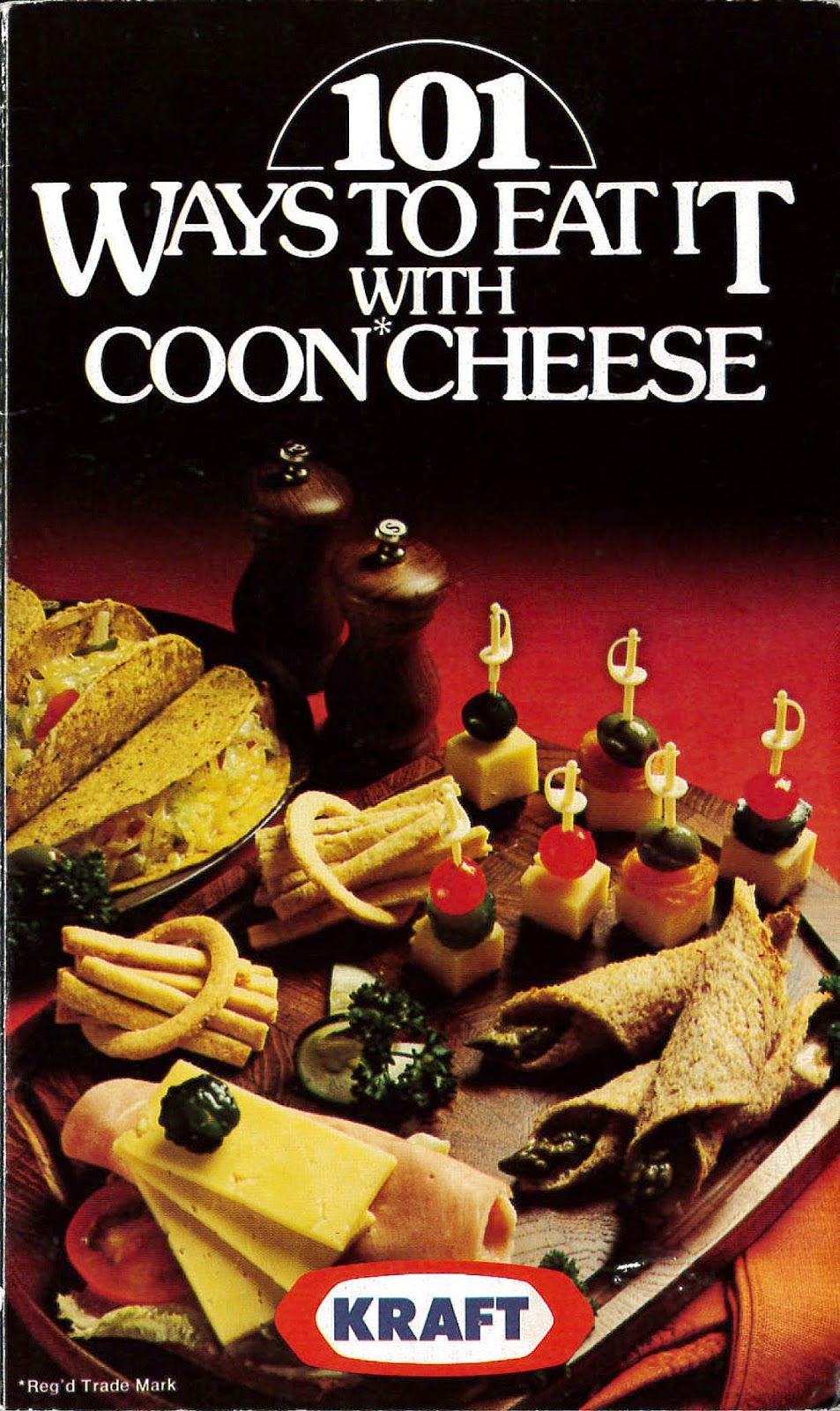 Before serving place salad in a lettuce lined bowl and serve with Cheese. Makes 6 servings. 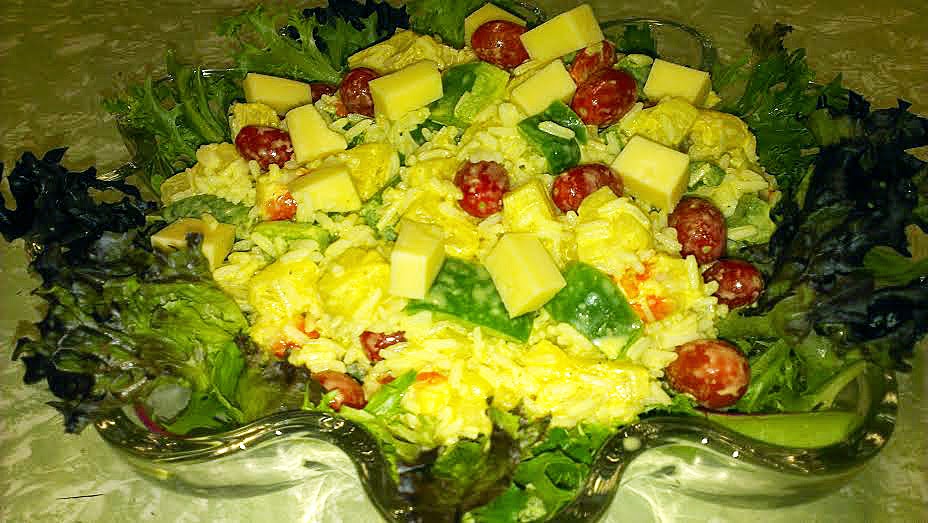 I made the Polynesian salad from 101 Ways to Eat it with Coon Cheese.

What can I say?

It was a 1970s curried rice salad with some rather delicious Australian tiger prawns.  And pineapple.  And cherry tomatoes instead of red capsicum.  Unfortunately the cheese, in my view, was not necessary, it added nothing except a boost to Kraft sales.  The salad was better without it.  As a matter of interest I used a whole green capsicum and a quantity, maybe two handsful, of tomatoes which was more than the recipe called for and it was an improvement I think, Ann. 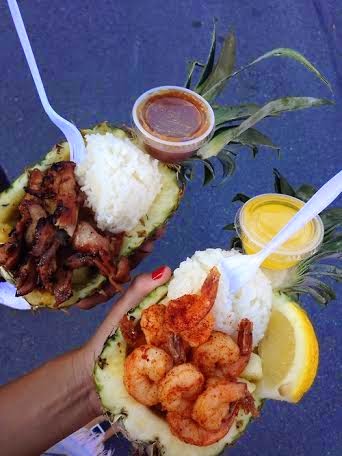 And here's another couple of Polynesian style pineapple and prawn dishes in a photo found on Google Images by our friend, Alex.
Posted by Anne and Ann at 22:21 No comments: 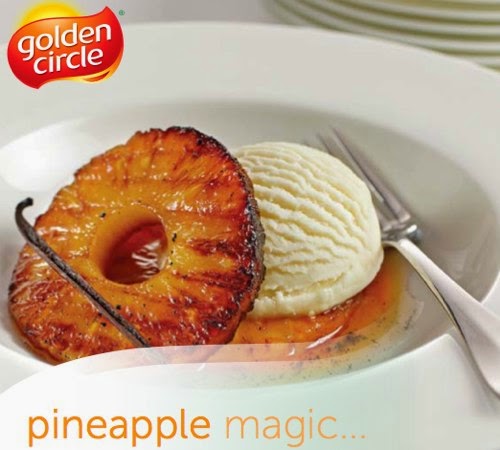 This pineapple curry was delicious.  I made a red curry paste using the recipe in Family Circle Step-by-Step Thai Cooking Murdoch Books 1996. Then I followed the recipe from the Golden Circle website, home grown tomatoes of course.  I always use the freeze dried coconut milk powder, it gives a good result.  And lots of fresh basil added at the end,  Ann.

1. Add curry paste to a hot frying pan and cook 1 minute or until fragrant. Add the coconut milk, lime leaves, palm sugar and fish sauce and bring to a gentle simmer.

2. Add green beans and cook for 2 minutes. Stir in the prawns, pineapple and cherry tomatoes and simmer for a further 2 - 3 minutes, or until the prawns are cooked through.

3. Remove lime leaves and transfer curry to serving bowls. Serve with rice and garnish with basil leaves if desired.

1 Place the coriander and cumin seeds in a dry frying pan and heat for 2-3 minutes, shaking the pan constantly.
2 Place the roasted spices and peppercorns in a mortar and pestle or clean coffee grinder and work them until they are finely ground. Wrap the shrimp paste in a small amount of foil and cook under a hot grill for 3 minutes, turning the package twice.

3 Process the ground spices, roasted shrimp paste, nutmeg and chillies in a food processor for 5 seconds. Add the remaining ingredients and process for 20 seconds at a time, scraping down the sides of the bowl with a spatula each time, until the mixture forms a smooth paste. 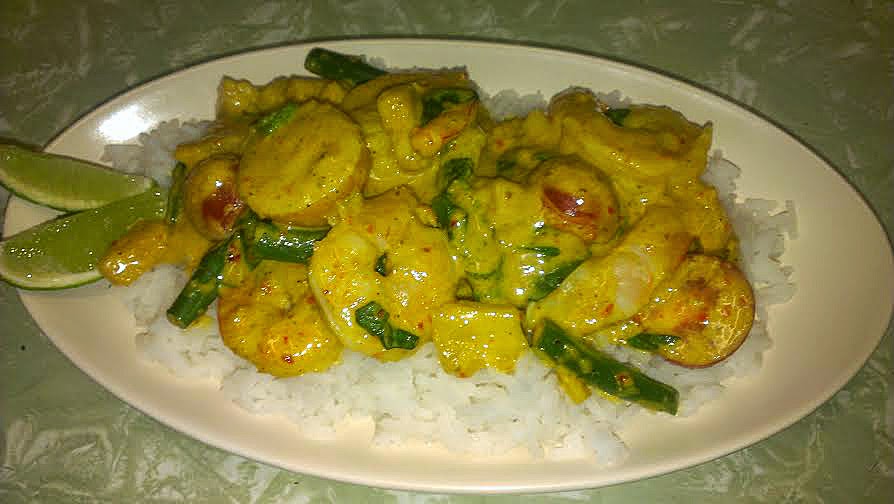 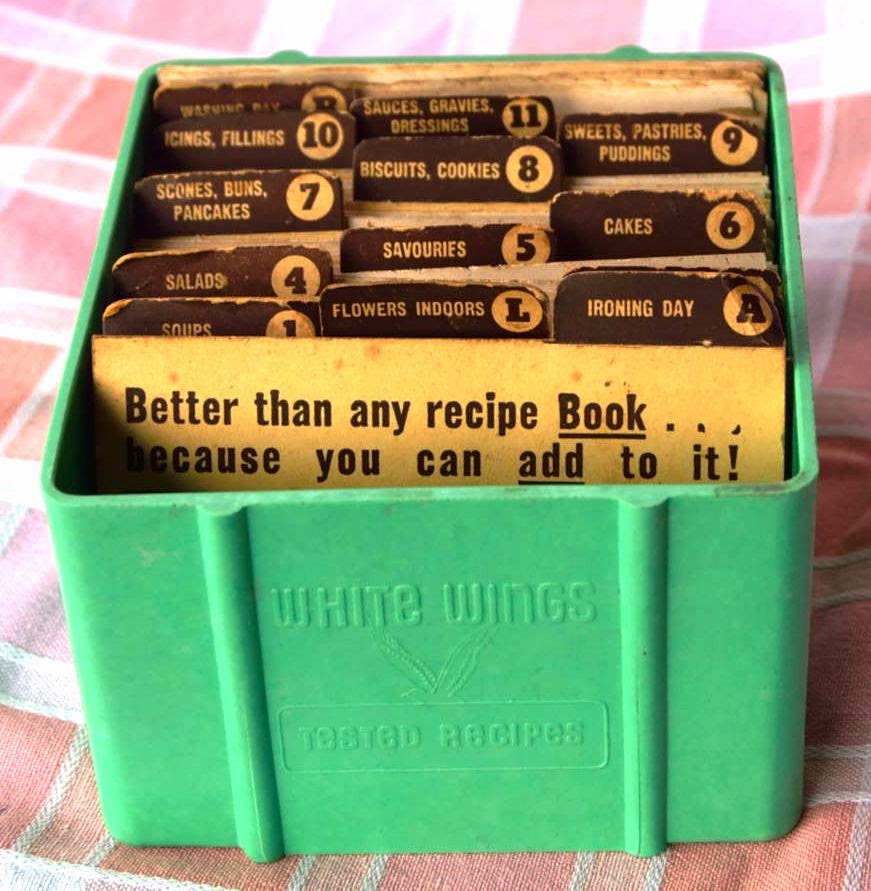 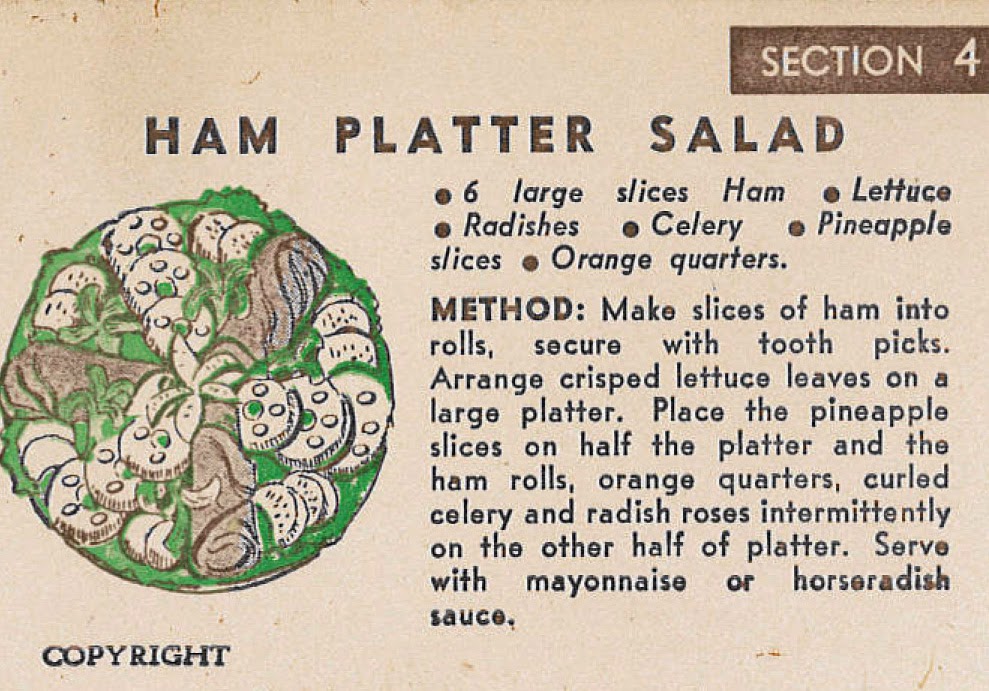 
Method: Make slices of ham into rolls, secure with tooth picks. Arrange crisp lettuce leaves on a large platter. Place the pineapple slices on half the platter and the ham rolls, orange quarters, curled celery and radish roses intermittently on the other half of the platter. Serve with mayonnaise or horseradish sauce. 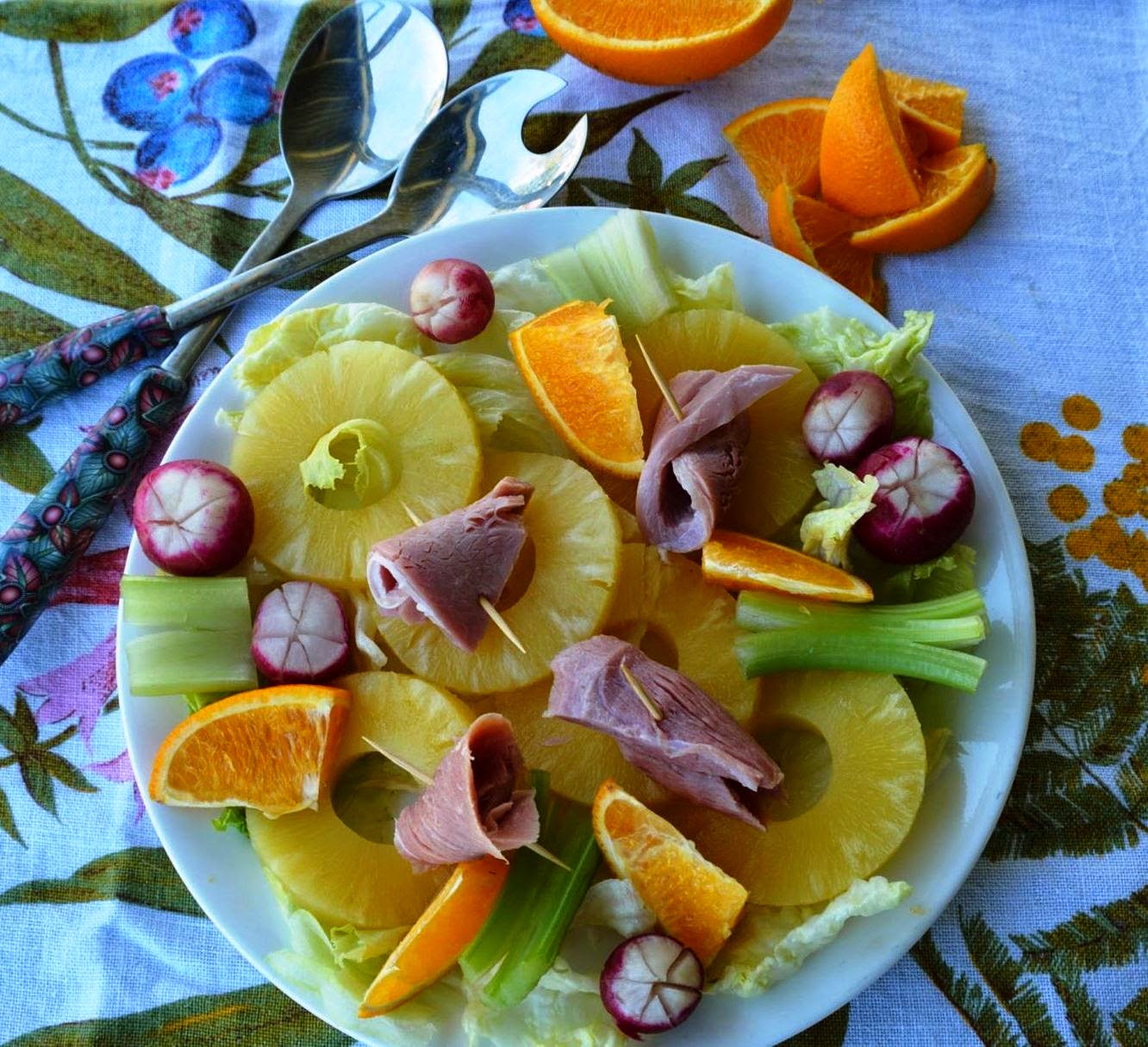 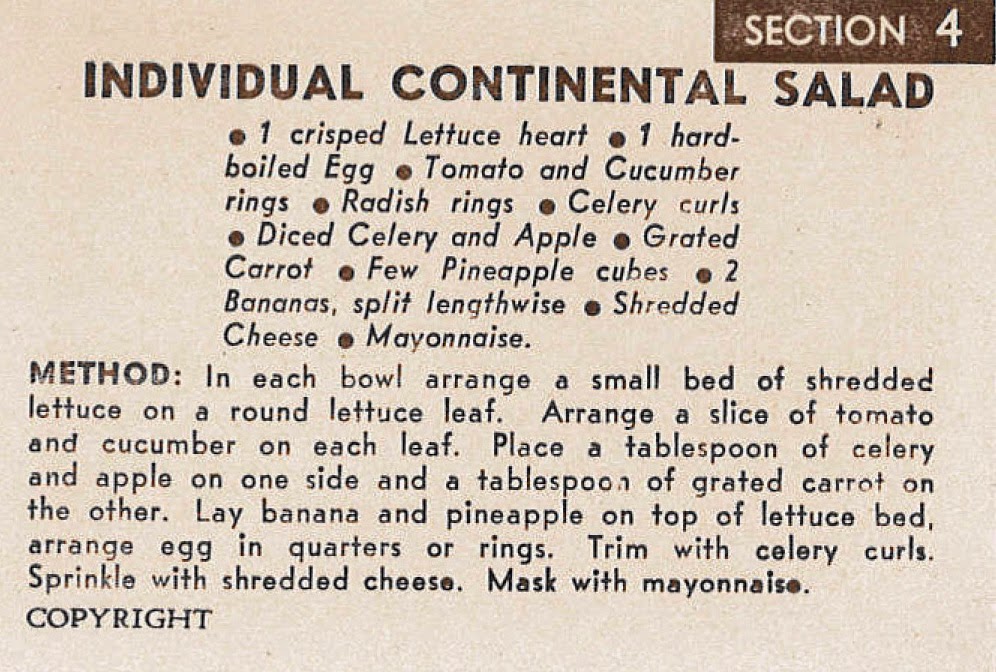 1 crisped lettuce heart; 1 hard-boiled egg; tomato and cucumber rings; radish rings; celery curls; diced celery and apple; grated carrot; few pineapple cubes; 2 bananas, split lengthwise; shredded cheese; mayonnaise
Method: In each bowl arrange a small bed of shredded lettuce on a round lettuce leaf. Arrange a slice of tomato and cucumber on each leaf. Place a tablespoon of celery and apple on one side and a tablespoon of carrot on the other. Lay banana and pineapple on top of lettuce bed, arrange egg in quarters or rings. Trim with celery curls. Sprinkle with shredded cheese. Mask with mayonnaise. 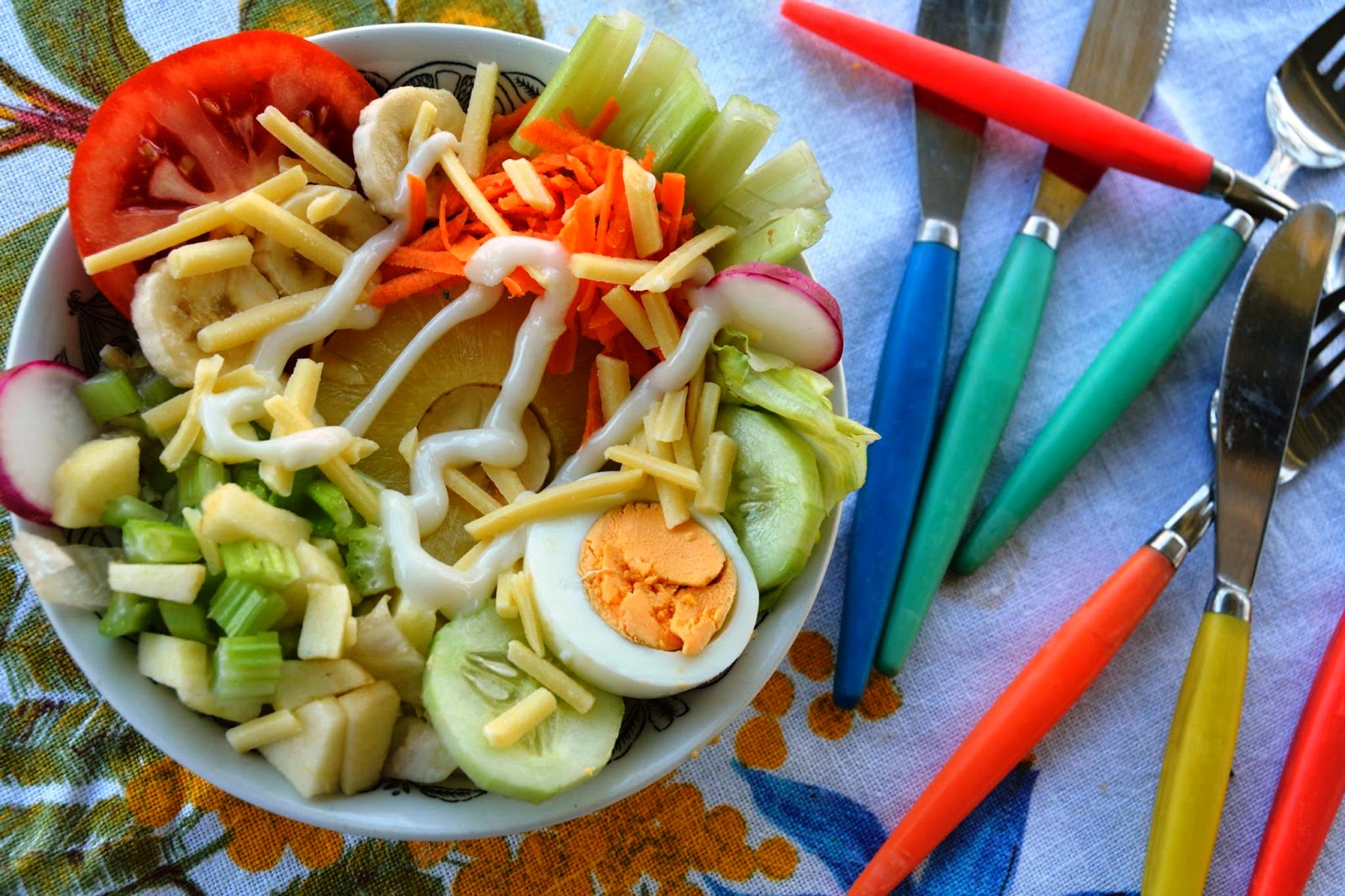 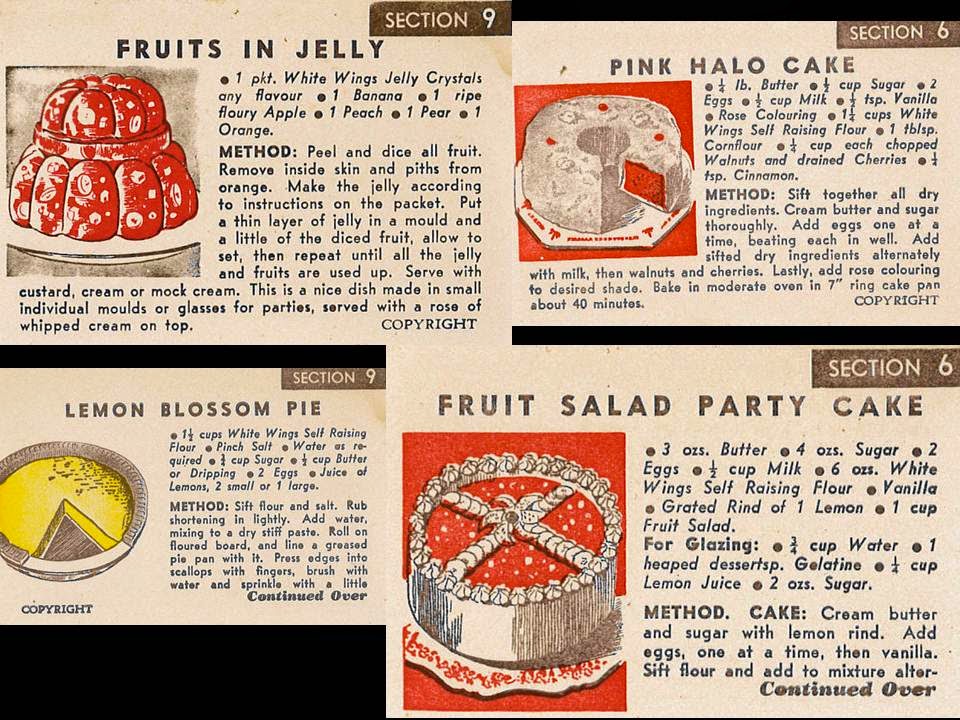